Sadly, Santa Claus may make for a nice photo op at the mall, but he's not helping the average American when it comes to holding down Christmas spending. Kids -- and many adults -- expect gifts the "jolly old elf" won't actually be bringing.

Of course, gifts aren't the only cost associated with the holiday. Even if you decide to keep gift-giving relatively modest, there's still travel, meals, decorating, and who knows what else eating away at your bankroll. Even when you're trying to be careful, Christmas costs can add up, and judging by early predictions, many people aren't trying to limit them. 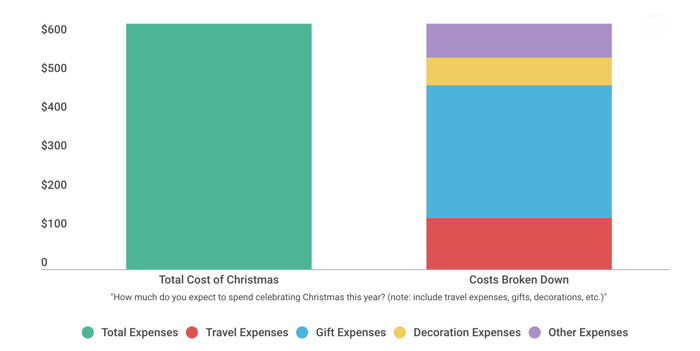 It's going to cost you

The average American who celebrates Christmas planned to spend $633 in total this year, according to a LendEDU survey of 1,000 adults. That's actually down from $708 last year, when the same survey was conducted.

The total may be down in part because gas prices have dropped. It's also possible that some consumers have been a little bit cautious because the economy has shown signs of weakness in the fourth quarter.

Decoration expense comes in last at 11% of the total at $69.63. That makes sense because lights, ornaments, and even the tree can be reused year after year. That, of course, might leave you with a no-longer-trendy Dilbert ornament or something else equally as silly, but those can be hidden on the back of the tree.

The good news is that the survey showed that most Americans (72%) didn't plan to go into debt to pay for their holiday purchases. However, 22% said they would (while 6% elected not to answer), and that number is still troubling. And, to make matters worse, the 220 survey respondents who expected to go into debt planned to spend $836 on the holiday -- over $200 more than the average. 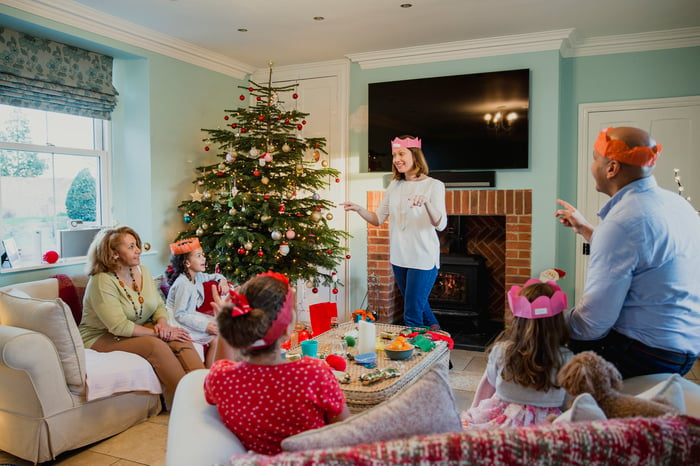 Christmas does not have to mean expensive gifts. Image source: Getty Images.

Have a responsible Christmas

It's never smart to spend money you don't have on things you (and your kids) don't need. It may not be fun to give your family the gift of learning fiscal responsibility, but that is an important gift to give.

Gifts aren't worth sacrificing your financial future for. Sometimes you simply can't afford to celebrate the season as you would have hoped to.

Explain that to your family, and don't run up credit card debt just to avoid having an uncomfortable conversation. There's no shame in living within your means. In fact, doing so, and teaching your family to be happy with what they have, may actually be more in line with the true meaning of the holiday rather than the commercialized version of it.