Apple (NASDAQ:AAPL) has bought back a truly staggering amount of stock so far in 2018 following the passage of tax reform a year ago. Through the first three quarters of 2018, the company had repurchased $62.9 billion in stock, and will likely end up buying back over $80 billion in 2018 after everything is said and done.

Markets have been in complete disarray over the past three months, with volatility skyrocketing and stocks getting relentlessly hammered nearly every day. Apple shares have lost about a third of their value after peaking in early October, and the stock is now down about 7% year to date. That's led to The Wall Street Journal (subscription required) arguing that Apple has now lost $9 billion by repurchasing all those shares. But that's not exactly true. 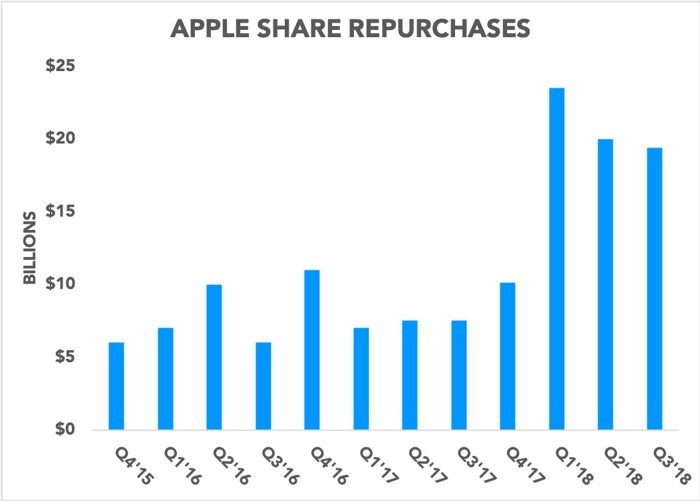 Apple isn't trading its own stock

It is true that the value of all the shares that Apple has repurchased has theoretically declined by $9 billion. It's also true that companies generally aren't good at timing the market, but timing the market isn't and shouldn't be their priority. Sure, Apple could have bought back a much greater number of shares with the same amount of money, but it's also hard to argue that Apple overpaid for its stock, as Apple has long traded at a discount to the S&P 500.

Apple's P/E peaked in early October at around 23.7 times earnings, hardly expensive relative to its earnings power, even as it was valued at over $1 trillion at the time. Even now, shares are trading at 13.2 times earnings, still a discount compared to the S&P 500's 19.1 earnings multiple. 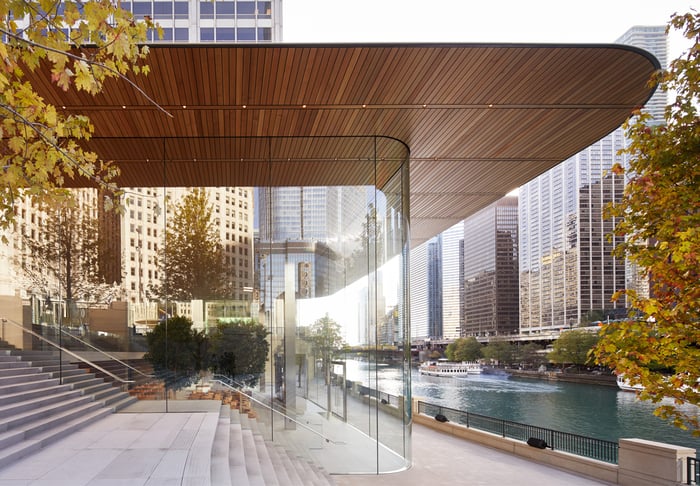 Here's the thing: Those shares don't exist anymore. When Apple repurchases its stock, it retires those shares, reducing its total number of shares outstanding. It's not as if Apple was buying back its stock with the intention of reselling (or reissuing through a secondary offering) those shares at a future date for a gain. The only real way you tangibly destroy shareholder value is if you repurchase shares and then resell them at a loss shortly thereafter.

If you're looking for an example of a company doing that, recall 2011, when Netflix repurchased its stock at $222, only to resell shares at $70 (pre-2015-split prices) through a secondary offering -- all within the same year. The video streamer spent $200 million to buy back 900,000 shares, then raised $200 million by selling 2.9 million shares, effectively increasing its share count and diluting investors for no particular reason.

Instead, consider other benefits of Apple's capital return program. The most obvious is earnings accretion, as Apple's massive profits get divided up among fewer shares, boosting earnings per share and keeping its earnings multiple low, which inevitably helps support the long-term stock price. 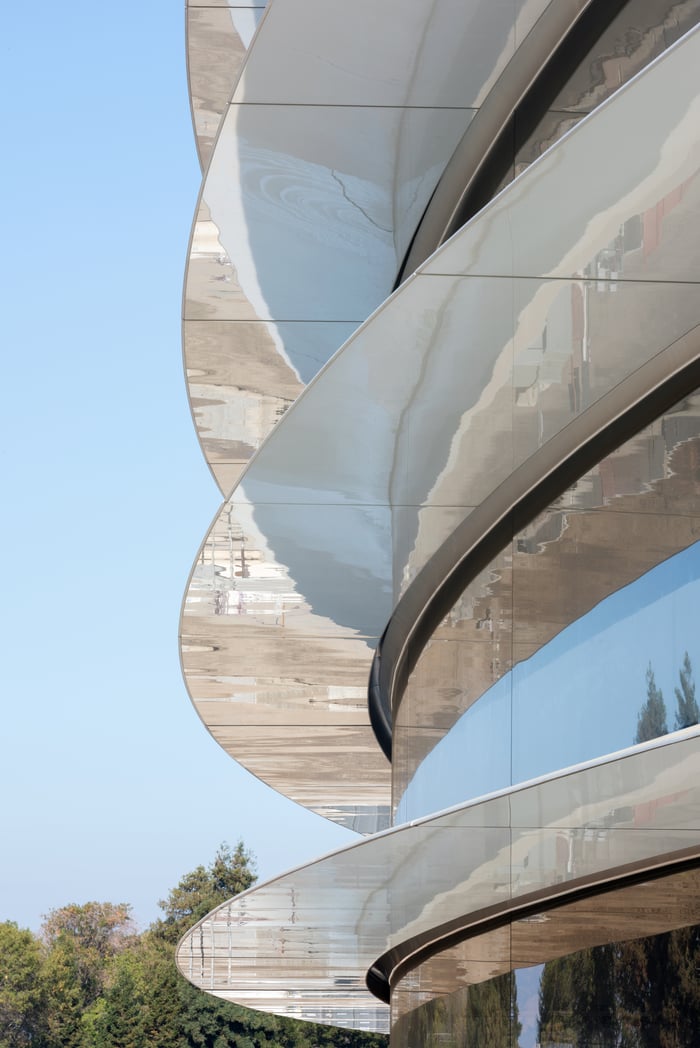 There's also dividend savings. Apple had retired 328.6 million shares through the first nine months of 2018. Before considering the dividend increase that will likely come in April or May, Apple currently pays $2.92 per share annually in dividends. That means Apple will save nearly $1 billion ($959.5 million to be precise) in annual dividend payouts just on the shares it retired in the first three quarters. That's a decent chunk of the $9 billion in purported "losses," and the dividend savings only grow over time, and compound with future dividend increases.

Certain metrics that investors use to gauge Apple's performance are also hurt by having an excessive cash position. For example, metrics like return on assets (ROA) and return on equity (ROE) get dinged, since the denominator is inflated. Apple clearly has far more cash than it needs operationally, so using excess cash to repurchase shares (which reduces both assets and equity) helps certain metrics.

On top of that, there's strategic value in Apple moving toward its optimal capital allocation, which affects its overall cost of capital. Shifting the capital structure incrementally toward debt (Apple has not issued new debt all year but is now slowly paying down the term debt is has accumulated in recent years) lowers its weighted average cost of capital. CFO Luca Maestri has laid out a "net cash neutral" target as part of the company's broader capital allocation goals.

These are the benefits that Apple is pursuing with buybacks -- not investment gains.