Shares of American Eagle Outfitters (NYSE:AEO) tumbled about 20% over the past three months, mostly due to concerns about slower holiday spending and a broader market sell-off. However, AEO's 15 straight quarters of positive comps growth make it a resilient apparel retailer for a tough market, and the company expects that streak to continue for the foreseeable future.

Last quarter, AEO's sales rose 5%, its comps grew 8%, and its earnings jumped 33%. I previously stated that AEO's consistent growth, low forward P/E of 12, and its high forward dividend yield of 3.1% made it an undervalued dividend stock. Today, I'll focus on three other catalysts that could help it rebound in 2019. 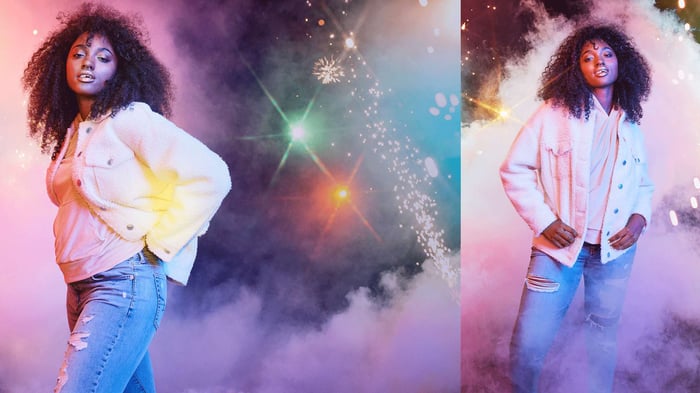 Mastercard noted that apparel retailers saw spending rise 7.9% annually, representing the industry's strongest growth rate since 2010. That growth was attributed to "strong momentum that started during the back-to-school season and accelerated through fall right up to Christmas."

That rosy report indicates that AEO's robust comps growth for its namesake brand and Aerie should continue into its fourth quarter and fiscal 2019.

AEO expects its comps to rise by the mid single-digits and for its sales to rise by the low single-digits in the fourth quarter, but Wedbush analysts recently claimed that its sales actually rose 7% annually during the holiday season as its gross margin expanded. Wedbush claims that both American Eagle and Aerie generated "record sales volumes on comparably less promotional activity with broad-based strength across the board."

That's bad news for Victoria's Secret, which reported a 2% comps decline last quarter. But it's great news for Aerie, which operated just 110 stand-alone and 142 stores connected to AE locations last quarter. AEO is on track to open about 40 new Aerie locations by the end of fiscal 2018, and it plans to accelerate that growth with 60 to 70 new locations next year.

One of the main reasons AEO weathered the "retail apocalypse" was its consistent support from teen shoppers. American Eagle was ranked as the second favorite clothing brand for U.S. teens in Piper Jaffray's latest "Taking Stock with Teens" survey, after Nike. American Eagle's denim products and Aerie's lingerie are pulling in teen shoppers, and an improved selection of men's apparel at American Eagle is bringing in more male shoppers -- which was once a sore spot for the brand.

AEO's mobile app and e-commerce initiatives are also resonating with younger shoppers. In the same survey, teens ranked American Eagle as their third favorite shopping website after Amazon and Nike.

Is it time to buy AEO?

It's tough to recommend stocks in this volatile market, but I think AEO's "best in breed" reputation in mid-range apparel, the growth of Aerie, its low valuation, and high yield still make it a compelling long-term buy.