The parent company of Victoria’s Secret and Bath & Body Works is still struggling.

On the bottom line, it reported adjusted earnings of $0.16 per share, clearing expectations by $0.03 but marking a steep drop from its profit of $0.30 a year earlier. L Brands technically "beat" analysts' anemic expectations, but investors should still steer clear of this stock for three simple reasons. 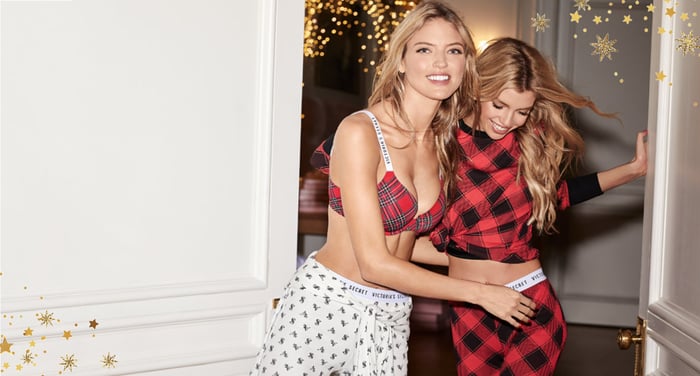 These figures indicate that L Brands' store traffic ground to a halt as shoppers avoided its Victoria Secret and PINK stores. That was possibly caused by competition from smaller lingerie and activewear brands like American Eagle Outfitters' (AEO 8.66%) Aerie. Aerie, which established a reputation as an "anti-Victoria's Secret" with body-positive ad campaigns, grew its comps by 27% during its second quarter.

For the fourth quarter, L Brands expects its total (store plus direct) comps to rise 1% to 4%. That represents a possible deceleration from the third quarter, and its store-only comps would likely turn negative.

L Brands' anemic comps growth might be acceptable if it was expanding its margins and growing its earnings. Unfortunately, the retailer has fallen into the dreaded trap of using markdowns to boost its sales.

L Brands also booked two big pre-tax charges during the quarter -- a $20.3 million on the closure of its Henri Bendel accessories business and an $80.9 million noncash impairment charge related to Victoria Secret's store assets. Those charges, which were excluded from its adjusted earnings, actually caused it to report a GAAP loss of $0.16 for the quarter.

Looking ahead, the company expects its adjusted EPS to fall 0%-10% annually for the fourth quarter, and 18%-24% for the full year. That's why the stock can't be considered cheap at 11 times this year's earnings -- especially when other retailers are generating positive earnings growth with lower valuations.

One of the only remaining reasons to own L Brands was its dividend yield, which rose above 8% earlier this year as the stock declined. That's why it wasn't surprising when the company cut its annual dividend from $2.40 to $1.20 -- which reduces its forward yield to 4.2%.

That yield is still high, and it looks much more sustainable with a payout ratio of less than 50% of its estimated earnings this year. But once again, plenty of other retailers -- like Macy's -- offer higher yields with positive earnings growth.

Stay away from this sinking retailer

L Brands is clearly struggling to stay relevant as the holiday shopping season starts. There's simply no compelling reason to own L Brands until Victoria's Secret shows some signs of life and it reduces its dependence on promotions to drive its sales.