Find out what made these stocks stand out on the final day of the year.

2018 ended on a quiet note Monday, as stock market benchmarks posted modest advances on the last day of the year. Overall, 2018 was disappointing for most investors, with the Dow Jones Industrial Average, S&P 500, and Nasdaq Composite all finishing well below where they started the year. Yet some individual stocks managed to post nice gains to try to build momentum going into 2019, and Canada Goose Holdings (GOOS -0.96%), Catabasis Pharmaceuticals (CATB -0.33%), and Globalstar (GSAT 0.00%) were among the top performers. Here's why they did so well.

Shares of Canada Goose Holdings rose almost 5% after the outerwear apparel company saw strong interest in its first retail store location in China. The Beijing-based store has pulled in large numbers of shoppers despite frigid weather conditions, and the retailer hopes that it'll mark the beginning of a much deeper relationship between the company and Chinese consumers. Many Canadian companies haven't been able to escape the prevailing tension in trade relations between China and the West, but the popularity of Canada Goose's fashions has been enough to overcome any ambivalence shoppers might have about buying from the store. 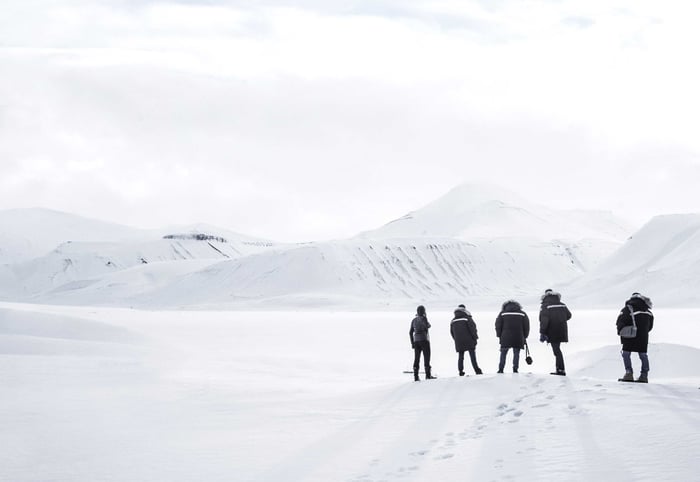 Catabasis tries to heal its stock

Catabasis Pharmaceuticals stock picked up 7% as investors responded to the company's latest capital-strategy move. Last week, the clinical-stage biopharmaceutical specialist said that it would do a reverse stock split, trading one new share of stock for every 10 old shares that shareholders owned. The reverse split was effective late Friday, with split-adjusted trading of the new shares starting in today's trading. Reverse splits typically follow poor stock performance and often only delay the inevitable, but Catabasis hopes that it'll be able to beat the odds and become one of the rare stocks to recover after making similar moves.

Finally, Globalstar shares soared 23.5%. The satellite communications specialist has responded extremely well following what many saw as a troubling stock offering earlier in December, at which Globalstar sold more than 171 million shares of stock for just $0.35 per share. That raised just $59 million for the company, but it was only dilutive to the extent that existing shareholders chose not to participate in the secondary offering. Now, investors seem more optimistic that Globalstar is in a better position to manage its balance sheet and keep its debt under control as it seeks to grow.

3 Zombie Stocks Coming Back From the Dead