The Simply Good Foods Company (SMPL 1.53%) easily surpassed its own top-line expectations in the first quarter of fiscal 2019. Earnings results released on Thursday showed momentum in the company's plan to rebrand its Atkins diet line as a wellness label, while introducing U.S.-based consumers to its Canadian SimplyProtein snack bar products.

Let's review headline numbers, then delve into the factors behind the company's impressive first-quarter growth. Note that all comparative numbers in this article are presented against the prior-year quarter (the fiscal first quarter of 2018).

What happened with Simply Good Foods this quarter? 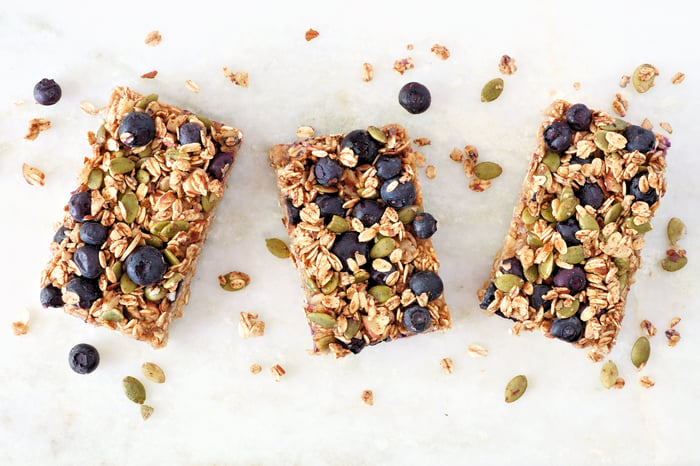 In the earnings conference call, CEO Joe Scalzo provided some context around both current results and expectations for the rest of the fiscal year (which we'll discuss below):

...[O]ur Q1 results were strong with sales and profitability greater than our long-term target. The solid start to the year gives us confidence in delivering on our financial commitments during fiscal year 2019. This is driven by our strategy of targeting both core programmatic weight-loss consumers and self-directed low carbers. With new buyer growth increasing, we're excited about this momentum and executing against our plans. We will point out the beginning in our fiscal third quarter, the year-over-year comps are more challenging; therefore, we would expect some moderation at that time on our top-line growth.

Management increased the company's fiscal 2019 revenue guidance in a subtle manner alongside its earnings release. Previously, executives had told investors to expect 2019 revenue to slightly exceed the organization's long-term growth expectation of 4% to 6%. Now, Simply Good Foods has dropped the "slightly," and advises shareholders that current-year revenue expansion will "exceed" the long-term target. While this may seem like qualitative hairsplitting, it's informed both by caution around the company's Atkins retail-supply issues, and Scalzo's comments above, which refer to upcoming tougher prior-year comparisons as 2019 progresses.