Please ensure Javascript is enabled for purposes of website accessibility
Free Article Join Over 1 Million Premium Members And Get More In-Depth Stock Guidance and Research
By Danny Vena - Updated Apr 14, 2019 at 12:58AM

After its recent plummet, the streaming giant's stock could make a big move this earnings season.

It's been a tough few months for Netflix ( NFLX -2.33% ) investors. After it reached all-time highs in July, a rare subscriber miss and a late-year stock market correction toppled the highflier, which has lost more than a third of its value. It isn't all bad news, however, as the stock gained 39% in 2018 -- far outpacing the 6% loss of the S&P 500.

Netflix will have an opportunity to reverse course when the company releases the financial results of its 2018 fourth quarter and full year after the market closes on Jan. 17. Let's take a look at a few metrics that Wall Street will be watching closely when Netflix reports earnings. 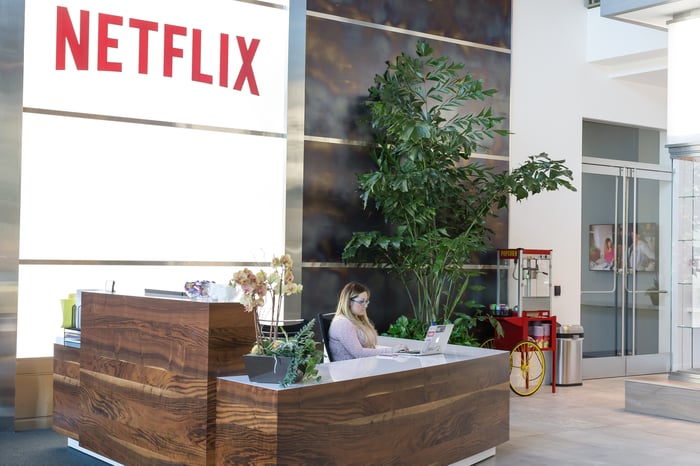 Historically, the single most important metric among Netflix investors has been the strength of the company's subscriber numbers, and this quarter should be no different. In the third quarter, Netflix added 6.96 million new members, driving its total to more than 137 million -- a 25.5% increase compared to the prior-year quarter. The company is anticipating its strong growth to continue, expecting paid net additions of 7.6 million and total net additions of 9.4 million. This would bring Netflix's total customer count to 146.5 million, an increase of 19.7% year over year.

It's important to note that Netflix will make an important change to one of its most-followed metrics when it reports this quarter. The company has previously forecast both paid memberships and total memberships, the difference being those customers on free trials. The number of paid memberships is much more representative of the company's growth progress, while free trials can vary widely for a variety of reasons. To reduce the volatility in its forecasts, Netflix said beginning with its earnings report in Jan. 2019, the company will only guide for paid memberships going forward. Then in 2020, it will discontinue reporting free trials entirely.

Netflix's revenue growth has been consistently strong, up 34% year over year in the third quarter. The company is anticipating a slight deceleration, guiding for revenue of $4.199 billion, which would represent a year-over-year increase of 27.8%.

Investors shouldn't be concerned about somewhat slower revenue growth. During the fourth quarter of 2017, Netflix rolled out price increases, bumping its standard tier from $9.99 to $10.99 and its premium tier from $11.99 to $13.99, which temporarily boosted the growth trajectory -- and made for tougher growth comps in the fourth quarter.

Netflix has previously pointed out that the timing of content spending and a higher mix of original films in the fourth quarter would weigh on operating margins, which it anticipates will dip to 5%, from 7.5% in the year-ago quarter. This will still result in the company hitting its full-year target of operating margins between 10% and 11%.

This will also result in lower net income for the quarter. Netflix is forecasting net income of $105 million, producing earnings per share of $0.23, significantly lower than the $186 million and $0.41, respectively, the company delivered in the prior-year quarter.

Netflix also said it is anticipating less earnings volatility in fiscal 2019 and is targeting full-year operating margins of 13% -- excluding any major changes in foreign exchange rates.

While we won't be dragged into Wall Street's short-term mentality, knowing its expectations can sometimes provide context for the overall sentiment for a company. Analysts' consensus estimates are calling for revenue of $4.21 billion, up 28.1% year over year, and earnings per share of $0.24, a decline of 41% compared to the prior-year quarter.

Even in light of the year-end market correction and Netflix's recent declines, the company still generated much better returns than the overall market and many of its peers. I expect the company has been conservative in its guidance, and investors may get a welcome surprise when Netflix reports earnings on Jan. 17.