Don't let the headlines scare you. These companies are doing well despite the tough market.

2018 was a rough year for tech stocks. The NASDAQ fell 4% for the year, semiconductor stocks tumbled, and the famed FANG cohort lost its mojo. Rising interest rates and uncertainties about the trade war also caused investors to dump their high-growth tech stocks and flee to more conservative investments.

However, investors shouldn't toss out the babies with the bathwater. Three of our Motley Fool contributors say these are three tech stocks investors should consider buying in January: Weibo (WB 1.59%), Alibaba (BABA 0.50%), and iRobot (IRBT -0.71%). 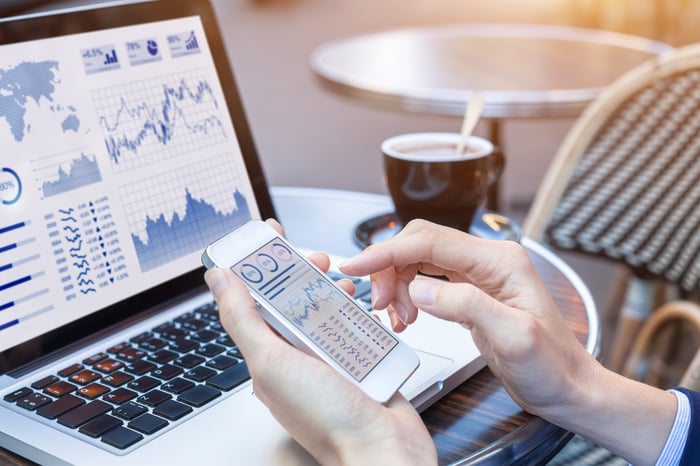 Leo Sun (Weibo): Weibo is often referred to as the "Twitter of China," but the microblogging network more closely resembles a combination of Twitter, Facebook (NASDAQ: FB), and Reddit. Weibo was spun off from SINA (NASDAQ: SINA), which retains a majority voting stake in the company, amid concerns about a regulatory crackdown on its content in 2014.

But since then, Weibo has flourished by attracting popular celebrities and brands to the platform, expanding aggressively into lower-tier cities, and signing partnerships with OEMs to preinstall its app on their devices. In recent quarters, Weibo's expansion into live video broadcasts has diversified its business away from its core advertising business, which generated 89% of its revenues last quarter.

Weibo's monthly active users rose 19% annually to 446 million during that quarter, and its daily active users climbed 18% to 195 million. Its total revenues rose 44% to $460 million, and its non-GAAP net income grew 49% to $172 million. On a GAAP basis, its net income increased 63% to $165 million. Analysts expect its revenue and non-GAAP earnings to rise 26% and 21%, respectively, next year.

Those growth rates are high relative to its forward P/E of 19, which contracted significantly after the stock's near-50% decline over the past 12 months. Weibo, like many other Chinese stocks, was weighed down by concerns about escalating trade tensions, a slowdown in the Chinese economy, and a depreciating RMB. But at these depressed levels, I think Weibo could rebound strongly on any good news about China or the broader markets.

Alibaba's pullback is due to a change in perception, as headline speculations about macroeconomic and trade concerns have spooked investors. However, Alibaba seems mostly unaffected, reporting year-on-year growth of 54%, a slight deceleration from its LTM growth rate of 58%.

The other concern about Alibaba -- narrowing margins -- is a long-term strength. The company finds itself in a position similar to Amazon's of five to seven years ago, using its e-commerce dominance to deepen customer relationships while offering higher-margin cloud computing services. This seems to be working well for Alibaba, as the company reported cloud-based revenue growth of 90% last quarter. 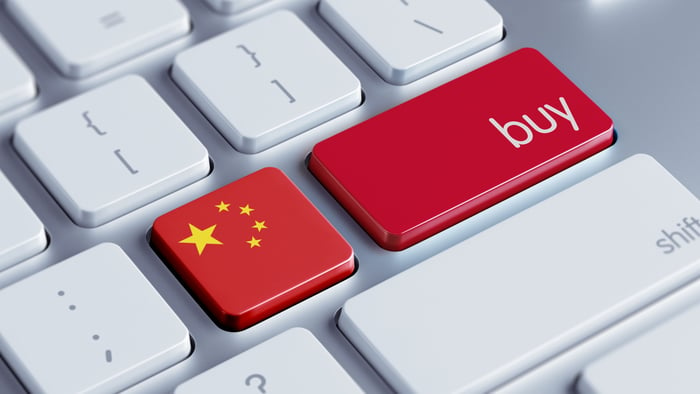 In the short term, increased investments in capital expenditures and research and development will pinch margins, but they will pay off in the long term as more businesses in China become cloud-dependent. Investors should ignore short-term headline-driven panic for the long-term opportunity.

Clean up with this stock

Demitri Kalogeropoulos (iRobot): Recent market volatility has knocked down many of the market's highest-flying stocks even though their businesses are firing on all cylinders. iRobot looks like a classic example of that investor overreaction. The robotic cleaning device specialist has had nothing but good news for investors in its latest earnings reports, including a 29% sales spike in the fiscal third quarter. Profitability expanded into the holiday season, too, as its innovative product releases held up well against surging competition.

Wall Street has a few main worries about the business, including price-based competition, uncertainty around new Roomba launches, and the prospect for higher costs in 2019. Sure, each of these concerns could hurt short-term profits. However, the longer-term outlook is as bright as ever for iRobot. Its market leadership position has helped it attract key partnerships lately, including with Amazon.comand Alphabet.

Meanwhile, its brand power is delivering more market share gains and healthy profit margins. And its streak of innovative design wins seems set to continue into 2019 with the launch of smarter, more autonomous Roomba vacuuming devices. All of those competitive advantages just make the stock look more attractive right now after shares dropped in the final months of 2018.