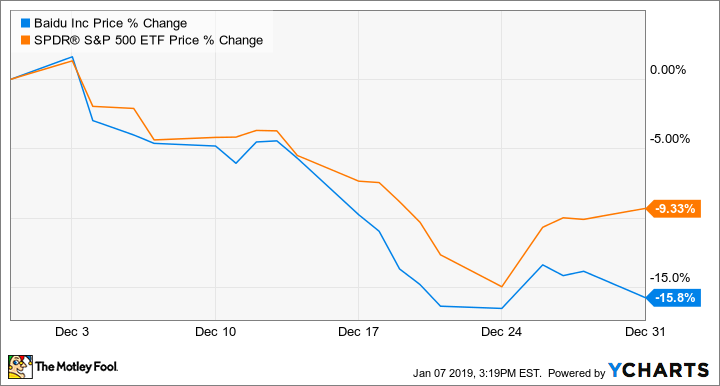 The sharp decline last month wasn't related to any specific news from the company. Instead, the move seems to reflect investor pessimism stemming from the slowdown in the Chinese economy, in addition to the threat of government regulation on large content providers in China and worries about increased competition among the big internet giants -- Alibaba Group, Tencent, and Baidu.

Last year, the Chinese government stepped up efforts to crack down on the type of content that large internet companies can distribute. There's been increasing scrutiny from government officials about everything from violence in video games to vulgar and offensive content posted on social media. This has caused a negative overhang on Chinese stocks lately. 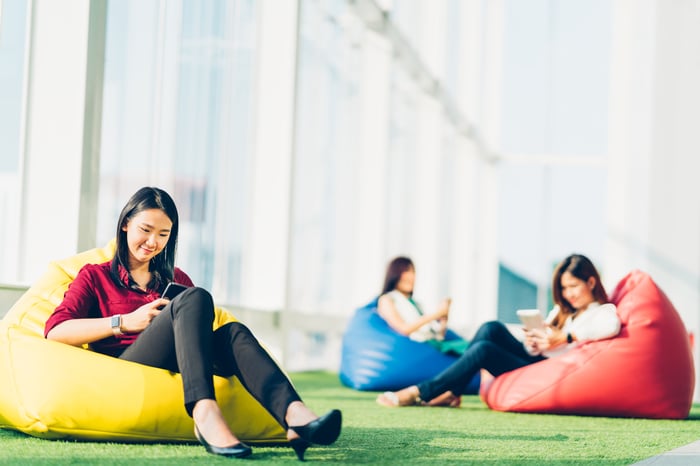 As for Baidu's business performance: The search giant continues to post impressive growth on the top line, with revenue growing 27% year over year in the third quarter. Growth in non-GAAP earnings per share was even better, at 47% year over year. Baidu's monthly active users reached 990 million in September, an increase of 28% year over year. During the third-quarter conference call, CEO Robin Li said, "With massive reach on mobile in hand, we are well-positioned for the shift in internet usage in China."

Despite the strong showing in the third quarter, analysts remain cautious, given the regulatory environment in China and uncertainty about competition. Baidu has to spend higher amounts on content and marketing to keep up with competition from large internet rivals, but so far management has managed to control total operating costs to allow profitability to expand in line with revenue.

Looking out long term, Baidu has several things going for it, including its leading position in AI-powered search ads, rapid adoption of its voice assistant technology (DuerOS), growth in its video streaming platform (iQiyi), and its moonshot opportunity in self-driving cars (Apollo). Also, Baidu's ABC Cloud is one of the largest and fastest-growing cloud storage providers in China. At a forward price-to-earnings ratio of 15, investors don't have to pay much to own one of the most innovative tech companies in the world.