No, the brokerage and fintech leader didn't actually plummet. Here's what happened.

Shares of BGC Partners (BGCP 0.71%) seemingly plunged 50.9% in December, according to data from S&P Global Market Intelligence, after the brokerage and financial technology specialist completed its planned spin-off of Newmark Group (NMRK 0.63%).

After the spin-off was completed on Nov. 30 -- and keeping in mind the S&P 500 simultaneously declined around 9% last month -- BGC stock appeared to drop more than 38% on the first trading day of December. But this decline was the result of its distribution of Newmark Group shares to BGC shareholders. 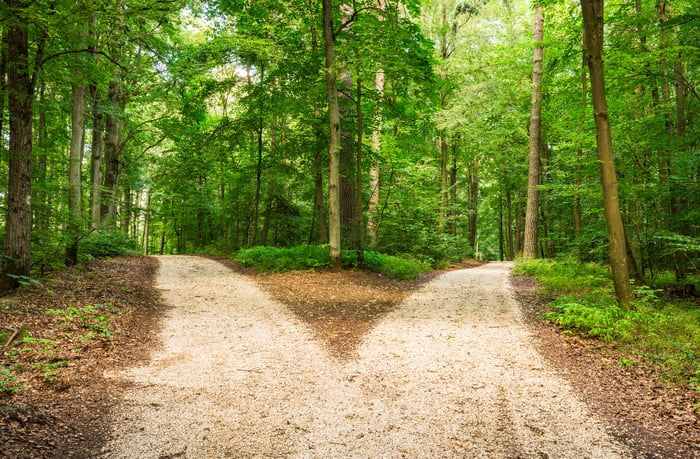 More specifically, for every share of BGC Partners Class A common stock owned at the close of business on the record date of Nov. 23, investors received roughly 0.4613 of a share of Newmark Class A common stock. Based on BGC's closing price of $10.54 per share just before the split happened, that equated to around $4.86 per share spun off at the time of completion -- though shares of both companies have drifted lower along with the broader market since then.

As it stands, BGC no longer holds any shares of Newmark. But both companies surely look forward to honing their focus on their respective core businesses.

When BGC Partners revealed that its board had approved the distribution around the middle of November, for example, company Chairman and CEO Howard Lutnick stated that the move would "enhance Newmark's ability to execute its successful growth strategy and to create value for its investors as a focused real estate services company."

Lutnick added that BGC would aim to drive "strong returns to its stockholders as it invests in technology, hires profitably, and acquires accretively."