Big changes at a company-- even ones that should end up benefiting it -- can spook investors. That's at least partly because not every major purchase or merger works out, even when things look good on paper.

CVS Health (NYSE:CVS) closed its acquisition of Aetna on Nov. 28. The $78 billion deal evolves the one-time drugstore chain, which already offered health services through its clinics, into one of the largest health insurers in the United States.

"By delivering the combined capabilities of our two leading organizations, we will transform the consumer health experience and build healthier communities through a new innovative healthcare model that is local, easier to use, less expensive and puts consumers at the center of their care," CVS Health CEO Larry J. Merlo said in a press release. 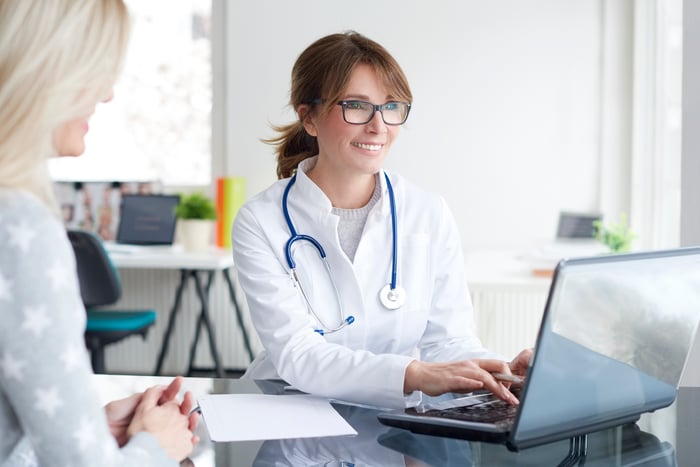 CVS offers clinics in many of its stores. Image source: Getty Images.

CVS Health shares moved steadily downward for most of December before gaining a bit back to close out the year. After ending November at $80.20, the stock price fell to $65.52 at the market close on Dec. 31, an 18% drop according to data provided by S&P Global Market Intelligence.

The drop isn't a reflection of investors saying they believe the deal won't work. Instead, it's more a sign that they acknowledge the magnitude of the challenge facing the combined company.

CVS management must figure out how best to bring these two giant organizations together. There are clearly synergies to be found in owning both a drugstore chain with health clinics, and a health insurer, but this is nonetheless uncharted territory.

In many mergers, there are near-instant cost savings as overlapping back offices get combined. Not much of that will be happening here because the two companies operated in completely different fields. The financial success or failure of this deal will in large part derive from how well the post-merger company can integrate its various products and services.

The new CVS could eventually deliver on much of Merlo's hyperbole, but nobody has ever overseen a merger like this, and it will be a while before investors can have any clarity about just what sort of benefits it will provide.