Shares of Globus Medical (GMED 1.45%), a medical device company focused on musculoskeletal products, rose as much as 15% in early-morning trading on Wednesday. The stock was up about 9% as of 1 p.m. EST. The bullish move can be credited to the release of preliminary results for the fourth quarter that exceeded expectations.

Here's a review of the key details from the announcement:

CEO Dave Demski credited the gains to 35% growth in the company's emerging-technologies business, which includes its newly launched robotic system. 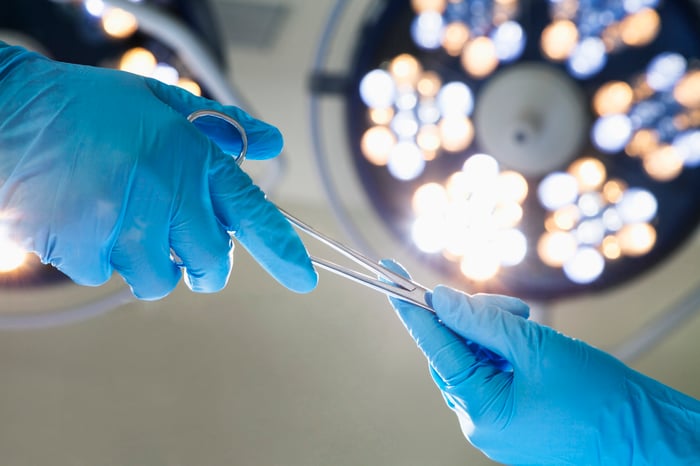 The demand for Globus Medical's Excelsius GPS robotic surgical system has been strong ever since it was launched. That has helped to drive the company's revenue and profits consistently higher over the last couple of quarters. With management calling for more of the same in 2019, it isn't hard to feel bullish about this medical device maker's prospects.