But it doesn't mean the next wireless standard is insignificant.

5G networks promise to bring faster wireless cellular speeds than ever before. For example, Verizon Communications (VZ 1.75%) says that its 5G networks will reach download speeds that are 200 times faster than 4G. 5G will also allow devices to connect to towers more rapidly so that they can begin receiving data more quickly than before.

For wireless carriers, 5G represents more than just faster connections. For those that roll out 5G ahead of their rivals, 5G is an opportunity to grab customers away from them. Verizon knows all about this. The company is the dominant wireless carrier in the U.S. right now in part because it outpaced its competitors in rolling out its 4G network.

But as promising as 5G is for Verizon, AT&T (T 1.67%), T-Mobile (TMUS 1.69%), and Sprint (S), investors should know that the financial benefits from these networks likely won't be felt for at least another year. The biggest reason why is that 5G smartphones are nearly nonexistent right now. 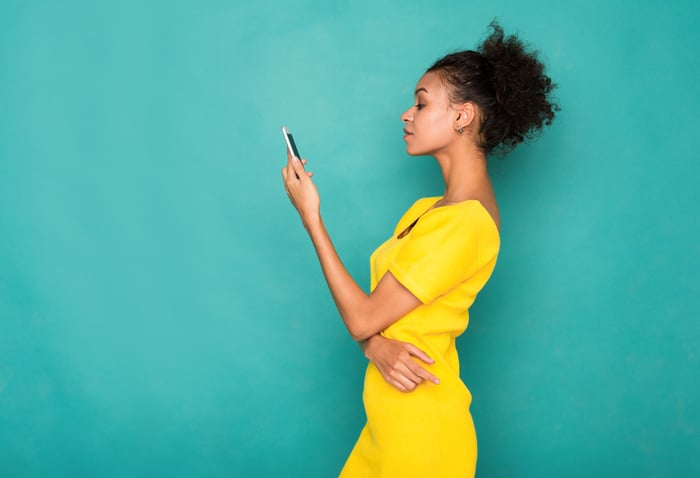 Phones will need to catch up to the network

The biggest problem with betting on 5G right now is the fact that there will only be a handful of devices coming out over the next year that are capable of taking full advantage of the new network technology. Consider that Samsung, the world's biggest smartphone vendor, and LG only have a handful of 5G devices coming out this year. Others, including Apple, haven't given any indication of when they'll release a 5G phone.

Even among the companies that have announced 5G devices, and which carriers they'll be on, it's still a very limited number of phones.

For example, Sprint is expected to have an LG phone on its network in the first half of this year, and just made a big announcement that one of Samsung's 5G phones will be available this summer. So that's two 5G phones in all of 2019. Verizon and AT&T said they'll both have one -- just one -- Samsung 5G smartphone in the first half of this year, and AT&T said it'll add a second one in the back half of the year. In short, you can add up all of the 5G phones that will be available this year on just one hand.

5G will be worth the wait

Since the rollout of 5G smartphones will take some time, it's pretty clear that the carriers' 5G networks won't add much to the companies' bottom lines over the next year.

But the major carriers are certainly right to build out these networks now. Over the next few years, phone manufacturers and chipmakers will begin ramping up 5G devices and chips. After all, carriers need to have their networks in place first before device makers get on board with a new wireless standard.

5G will ultimately allow Verizon, AT&T, T-Mobile, and Sprint (the last two likely in their merged form) not only to add more services to their networks, but also expand further into Internet of Things connections, like faster and better smartwatch connectivity and vehicle telematics systems.

By 2024, nearly 40% of the entire world will have access to 5G and the overall 5G market will be worth about $619 billion by 2026. So while 2019 may not be the year of 5G revenue for these telecoms, the 5G opportunities are just around the corner.