It's not the low share price that makes these stocks attractive, it's their huge growth prospects.

This might sound odd, but I don't pay much attention to the prices of stocks. What I mean is that the share price itself isn't a primary thing that I look at when investing. Sure, I typically examine how the current share price compares to historical levels and to the company's growth prospects. But whether a stock is priced at $5 per share or $500 per share just doesn't matter very much to me.

I know that some investors like to scout out stocks with low share prices, though. The idea is that these stocks could have more room to run than higher-priced stocks. This same philosophy comes into play when a company does a stock split in hopes that more investors will buy shares at lower prices.

With all of this in mind, I looked at stocks that are currently trading below $10 per share to identify some great picks. Here's why Origin House ( ORHOF ), Novavax ( NVAX -0.92% ), and Viking Therapeutics ( VKTX -5.39% ) especially stood out. 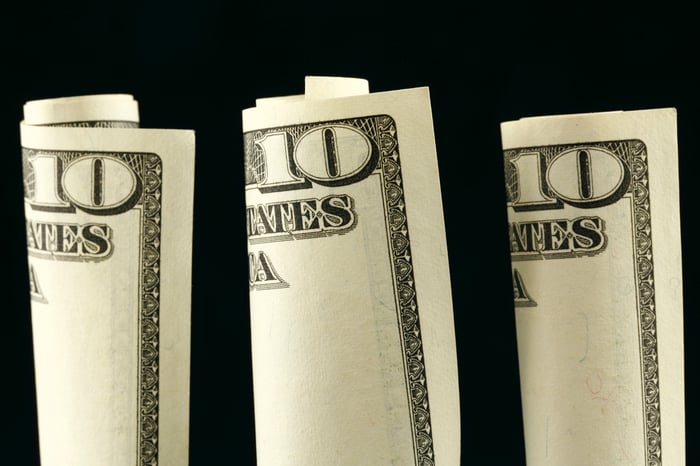 Origin House stock currently trades at less than $6. The company started out with a cannabis royalty-streaming business model but now ranks as the top distributor of cannabis products in California. Origin House also markets several of its own cannabis brands.

The company should have plenty of room to grow. California's recreational marijuana market got off to a rocky start in 2018 due to burdensome regulations and tax rates that were too high. But the situation is improving. Origin House expects the number of licensed dispensaries to increase dramatically. That's great news for the company, which already distributes to around 70% of California dispensaries.

Origin House's distribution business gives it an inside view of which cannabis brands are performing the best. The company has used that information to build up its own line of branded products and continues to add new brands. While California is Origin House's primary focus right now, the company could expand into other states in the future. Origin House also is acquiring 180 Smoke, a leading vape retailer in Canada.

CEO Marc Lustig said in Origin House's Q3 update that the company "is positioned as a premier operator in the largest and most dynamic cannabis market in the world, and we believe we are just at the beginning of our growth curve." That take appears to be on target, which makes Origin House an inexpensive stock for investors to consider.

Although Novavax's market cap is more than two times larger than Origin House's, its current share price is below $2.50. The biotech doesn't have any products on the market yet, but its pipeline looks very promising.

Novavax's lead candidate is respiratory syncytial virus (RSV) vaccine ResVax. The company is evaluating ResVax in a late-stage clinical study for maternal immunization of infants. Preliminary results from this study are expected in the first quarter of 2019. Market research company EvaluatePharma ranks ResVax among the top five vaccines currently in development.

The biotech also has high hopes for its nanoparticle influenza vaccine NanoFlu. Novavax recently reported positive data from a phase 2 clinical study of the vaccine. It should advance NanoFlu to a pivotal late-stage study in late 2019 pending discussions with the FDA.

With two pipeline candidates with the potential to be big winners, Novavax could be a top acquisition target for larger vaccine makers.

Viking Therapeutics is another clinical-stage biotech with great prospects. Its stock currently trades at less than $9 per share. Like Novavax, Viking has two promising pipeline candidates.

Viking appears to be another great acquisition candidate. Quite a few large drugmakers have NASH programs. The indication is expected to be a tremendous market in the future, with some projecting $35 billion in annual sales for NASH drugs. The tremendous results for VK2809 could put Viking in the crosshairs of pharma companies seeking to boost their chances of success in the potentially lucrative NASH market.

All three of these stocks are inexpensive. All three also come with relatively high levels of risk.

None of these companies are consistently profitable yet. That means they could issue shares at some point to raise cash to fund operations, which would dilute the value of existing shares. Origin House is in better shape than the others on this front because of its ability to cash in on previous royalty-streaming investments.

Novavax and Viking face significant risks of failure in clinical studies. Although the chances for their pipeline candidates appear to be pretty good, there's always a possibility that issues could emerge that derail the path to approval.

Because of these risks, Origin House, Novavax, and Viking Therapeutics are more suited for aggressive investors. Any or all of these stocks could flop. But they could also be big winners.