Please ensure Javascript is enabled for purposes of website accessibility
Free Article Join Over 1 Million Premium Members And Get More In-Depth Stock Guidance and Research
By Beth McKenna - Updated Apr 18, 2019 at 12:08AM

In 2019, shares of the Denver-based maker of organic, natural, and healthy beverages have already tacked on 18.8% through Jan. 11. The broader market has returned 3.6% over this period. 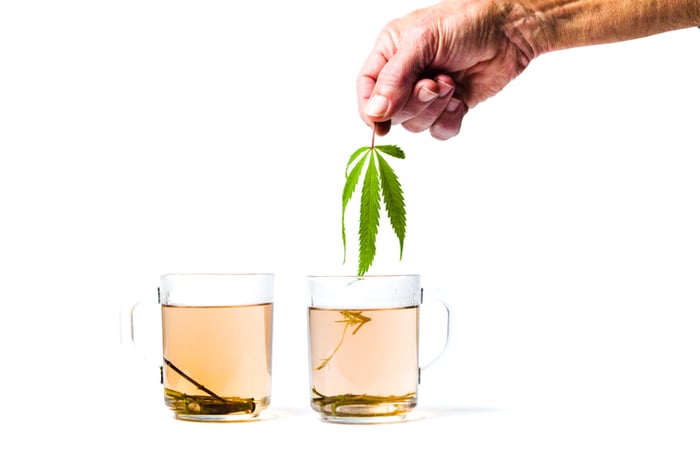 We can attribute New Age Beverages' strong performance last year to the company's announcement in mid-September that it planned to launch a line of drinks infused with cannabidiol (CBD) at the North American Convenience Store expo in October. (CBD is a chemical found in the cannabis plant -- both marijuana and hemp -- that's been associated with various wellness and medical benefits.) Indeed, in October, New Age entered the CBD-infused beverages market, as planned.

New Age Beverages stock gained a whopping 262% in September, though considerable profit-taking followed this huge price run-up. Then some good news came, which got the stock moving upward again: In mid-December, Congress passed the 2018 Farm Bill, which President Trump signed several days later. This legislation, which took effect on Jan. 1, 2019, contains a provision that makes it legal on a federal level for U.S. farmers to grow industrial hemp. As I wrote at the time, "like its cannabis cousin, marijuana, industrial hemp can be used to extract cannabidiol (CBD)." Unlike marijuana, however, hemp contains negligible concentrations of tetrahydrocannabinol (THC), the main psychoactive chemical in pot.

Also in December, New Age Beverages announced an $85 million deal to acquire Utah-based Morinda Holdings, a beverage company with sales nearly five times that of its own sales. Along with making New Age a much bigger company (the combined company will have annual revenue of about $300 million), this deal also transforms it into an international player, as Morinda has operations in 60 countries, with a particularly strong position in Asia. 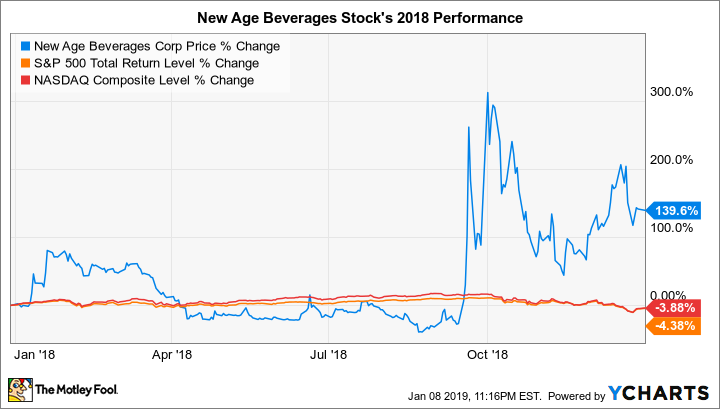 The global market for CBD-infused beverages has the potential to be massive, so it's certainly a plus that New Age Beverages is an early mover in the market.

That said, it's going to be challenging for a small company like New Age Beverages to compete with the giants of the industry, which we can probably expect to enter the CBD beverage space. Huge cash piles and extensive distribution networks will give the big players a considerable competitive advantage.