That's why it wasn't surprising when J.C. Penney (OTC:JCPN.Q), Macy's (NYSE:M), and Kohl's (NYSE:KSS) all recently posted soft holiday numbers. Let's dig deeper into those reports to see if the three out-of-favor retailers can recover this year.

J.C. Penney's focus on the low-end market left it vulnerable to Walmart and Amazon, while its unfocused turnaround strategy flooded its stores with excess inventory. Here's how badly the retailer fared over the past year:

The bulls hope that J.C. Penney's new CEO, Jill Soltau, can get the retailer back on track. But instead of laying out a long-term turnaround plan, Soltau is still trying to clear out the retailer's inventories with big promotions.

But even with those discounts, J.C. Penney revealed that its comps for the nine-week period that ended on Jan. 5 fell 5.4%, or 3.5% on a "shifted" basis (which better aligns the fiscal and calendar years).

On the bright side, J.C. Penney expects to reduce its inventory by 8% and generate positive free cash flow for the full year, which could help it reduce its $4.2 billion in long-term debt. It also plans to close three locations "as part of an ongoing evaluation of its store portfolio." However, analysts still expect J.C. Penney's revenue to dip 1% next year, and for its bottom line to stay in the red.

Macy's fared better than J.C. Penney over the past year, thanks to the expansion of its mobile ecosystem, the growth of its Backstage off-price stores and Bluemercury, the closure of its weaker stores, and the monetization of its real estate.

Macy's gross margins also improved alongside its comps, indicating that it wasn't using markdowns to drive its sales growth. During last quarter's conference call, Macy's CEO Jeff Gennette boldly claimed that Macy's had "the right strategies, the right merchandise and marketing, and the right experiences to win" during the holidays.

That disastrous guidance cut indicated that Macy's growth was still deteriorating. Analysts expect Macy's revenue to stay nearly flat next year as its earnings drop 17% -- so that pain could continue for the foreseeable future. 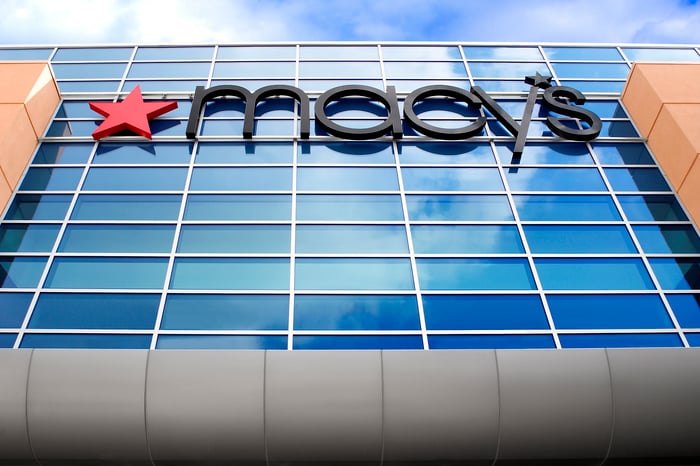 Kohl's focus on quickly rotating its products, keeping its inventory levels low, distancing itself from malls with stand-alone stores, and using an easy-to-navigate "racetrack" store design helped it outperform many of its retail peers over the past year.

Kohl's gross margins also improved with its comps growth. However, Kohl's growth also clearly decelerated over the past four quarters, and its holiday report of 1.2% shifted comps growth confirmed those fears -- although it faced a tough year-over-year comparison.

On the bright side, Kohl's slightly raised the low end of its EPS guidance from $5.35-$5.55 to $5.50-$5.55, which indicates that its margins are holding steady. CEO Michelle Gass also noted that Kohl's generated "positive transaction growth" and "double-digit digital growth" during the holidays as customers embraced its omnichannel investments.

Analysts expect Kohl's revenue and earnings to rise 1% and 4%, respectively, next year. Those growth rates seem anemic, but they look better than J.C. Penney and Macy's estimates.

The choice is obvious

J.C. Penney is obviously the worst choice of the three. Macy's pays a hefty forward dividend yield of 5% and it trades at just 7 times forward earnings, but its comps could keep slipping if it doesn't adopt a more aggressive turnaround plan.

Therefore Kohl's is the best choice. Its business remains stable, it pays a decent forward yield of 3.8%, and it trades at just 12 times next year's earnings. 2019 could still be a bumpy year for Kohl's, but it's still a safer investment than J.C. Penney or Macy's.