But the stock could be close to a cyclical bottom.

Samsung Electronics (NASDAQOTH: SSNLF) recently warned that its fourth-quarter revenue and operating profit would miss analysts' expectations by a wide margin, mainly due to weakness in its memory chip and smartphone businesses. 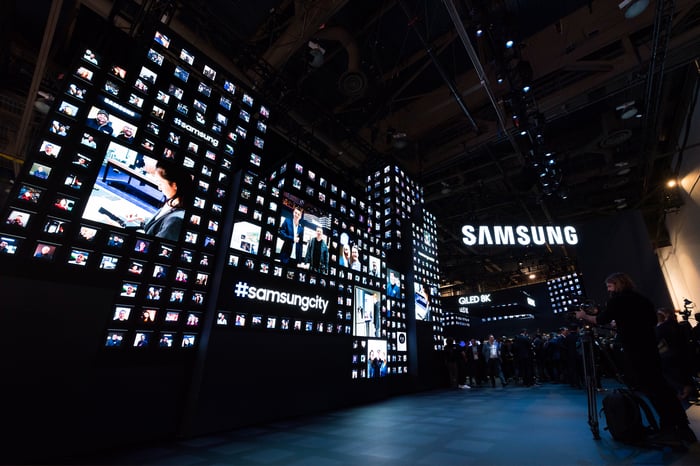 Samsung's bleak forecast wasn't surprising, since memory prices peaked last year and Apple's (AAPL 1.72%) recent guidance cut indicated that demand for premium smartphones was waning. Let's see how Samsung got stuck between a rock and a hard place, and whether it may recover over the next few quarters.

The DS unit, which produces memory chips, displays, and other components, generated 53% of Samsung's revenue during the third quarter. Sixty-one percent of that total (or 32% of Samsung's total revenue) came from sales of its memory chips.

Samsung is the largest manufacturer of NAND and DRAM memory chips in the world, which leaves it vulnerable to supply gluts and declining prices in both markets. Softer demand from data center customers and consumer electronics makers is exacerbating that pain. TrendForce's DRAMeXchange expects NAND and DRAM prices to decline another 20% in 2019.

The DS unit also supplies displays and memory chips to Apple. Therefore, a recent slowdown in iPhone sales (which led to Apple's guidance cut earlier this month) also hurt Samsung -- which reportedly made $110 in revenue on every iPhone X.

Samsung's IT & Mobile Communications unit, which makes its mobile devices, generated 38% of the company's revenue during the third quarter. Samsung's smartphone business faces many of the same challenges as Apple -- the market is saturated, customers aren't inclined to upgrade their devices annually, and aggressive competitors (especially in China) are launching more innovative phones at lower prices. 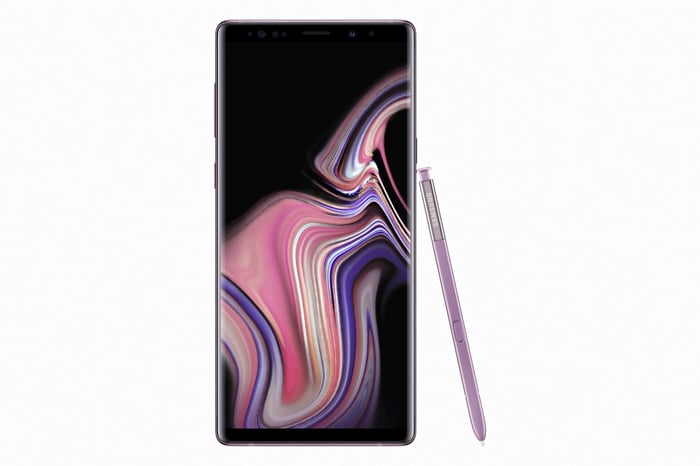 Samsung's smartphone shipments tumbled 13.4% annually during the third quarter, according to IDC, as its global market share declined from 22.1% to 20.3%. Its biggest rivals in China -- Huawei, Xiaomi, and Oppo -- all grew their market shares, likely at Samsung's expense.

Not much room for profit growth

In other words, nearly all of Samsung's future profit growth will depend on improving memory prices, higher orders from struggling OEMs like Apple, and its ability to sell higher-margin smartphones in a heavily saturated market. Additionally, many of its chip production plants are in China, which exposes Samsung to escalating trade tensions and higher tariffs.

Thus, Samsung could face tough conditions for the foreseeable future. Samsung's gross margin slid about 60 basis points year over year to 46.2% in the third quarter, and its bleak outlook for the fourth quarter points at additional declines in 2019.

Samsung's other businesses aren't likely to become pillars of growth soon, either. The CE unit is still struggling with soft demand for TVs and appliances, and the Harman division generated just 3% of Samsung's sales and 0.5% of its operating profit last quarter.

But there are flickers of hope...

On the bright side, Samsung expects its memory business to stabilize and improve in the second half of 2019. It also plans to launch its first foldable smartphone in the first half of 2019 -- which could finally capture the attention of premium smartphone users again.

Moreover, a lot of the bad news about Samsung was already priced into its 14% decline over the past six months. Its low forward P/E of 7 and its high dividend yield of 3.5% could attract value-seeking investors who are willing to wait out the cyclical storm.