High inventories and a macroeconomic slowdown are taking their toll.

One of TSMC's biggest customers is Apple (AAPL -1.29%), which relies on TSMC to manufacture the brains of its iPhone, iPad, and Apple Watch product lines. Apple is also an early adopter of TSMC's most advanced chip-manufacturing technologies.

TSMC has said that its long-term revenue growth compound annual growth rate (CAGR) target is between 5% and 10%, but for 2019, the contract chipmaker told investors that it expects its business to "grow slightly" in a semiconductor market that's only set to rise by 1% and a foundry market (i.e. contract chip manufacturing) which is projected to "be flat" for the year. 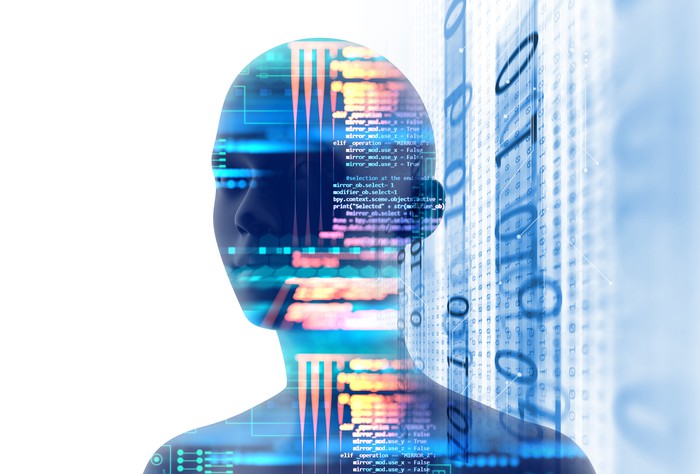 Let's take a closer look at why the company offered such a timid outlook.

One thing that investors need to keep an eye on is the macroeconomic environment. A company can execute perfectly, but if the underlying economy isn't great, it can translate into weak product demand -- something that TSMC and its competitors simply can't control. According to TSMC CEO C.C. Wei, TSMC is bracing for global GDP growth to slow from 3.2% in 2018 to just 2.6% in 2019, "due to the weakening macroeconomic conditions leading to low growth for the semiconductor industry."

Wei did offer some encouraging words, though, expressing his enthusiasm that even "with a slow year like 2019, we firmly believe AI [artificial intelligence] and 5G are the megatrends that will drive the future semiconductor growth." The executive went on to reiterate the long-term revenue growth CAGR that I mentioned above, although investors should keep in mind that -- as we're seeing in the company's 2019 outlook -- there can often be disagreement between a company's long-term ambitions and nearer-term reality.

A key factor that TSMC CFO Lora Ho gave for the weakness in the company's nearer-term outlook is weaker semiconductor supply chain inventories at year-end 2018 that were "at a much higher level than seasonal."

This doesn't mean that TSMC produced a bunch of products for customers and that those products are just rotting away at TSMC; but that TSMC's customers bought more product from TSMC than they ultimately ended up needing. Until those customers burn off enough of their product to bring their inventory levels down to more acceptable levels, they won't buy as much product from TSMC as they otherwise would have.

Put simply, end-market demand has already decelerated but TSMC is just now feeling the effects. According to Ho, that inventory "will take a couple of quarters to digest," and further, "overall supply chain inventory will gradually approach to the seasonal level around the middle of the year."

So what's TSMC doing in response to this demand slowdown? It's sensibly cutting its capital expenditure (CapEx) spending outlook for the year. Companies like TSMC have to spend many billions of dollars each year to build and equip their chip-manufacturing plants. The more product that the company expects to have to churn out, the more it lays out on CapEx. (Companies need to be careful with CapEx planning as underinvesting can lead to shortages, while overinvesting can wreak havoc on a company's gross margin.)

TSMC had previously told Wall Street that it expects its 2018 CapEx to come in between $10 billion and $12 billion. Now, however, it's only guiding to a range of between $10 billion and $11 billion. Don't assume, though, that this range is ironclad. The forecast can be revised as the year progresses, and TSMC's actual spending within any given range will depend on its business performance, as well as demand forecasts from major customers, in the coming quarters.

It's obviously not great that TSMC isn't likely to post revenue growth within its long-term target range in 2019. As a result, the stock could remain largely range-bound unless the overall macroeconomic environment picks up and the outlook for the semiconductor industry (and by extension, TSMC) starts to perk up for 2020.