Despite a long history of payout boosts, weak oil prices could weigh on profits.

The energy sector went through a tough year in 2018, and even the industry's giants proved vulnerable to the pressures of weak oil prices. Chevron (CVX 0.14%) saw its shares fall 13% last year, and it took the company's healthy dividend to avoid a double-digit percentage loss on a total-return basis. As the largest oil producer in the U.S., Chevron has plenty of financial strength, but it's also highly exposed to the ups and downs of the energy markets.

Even with its challenges, Chevron has built up an impressive history of paying dividends to its shareholders. The company's dividend growth goes back decades, and its current yield puts it among the top-paying blue chip stocks in the Dow Jones Industrial Average. Yet as oil prices took another move lower to close 2018, some dividend investors got more nervous about Chevron's future prospects. Below, we'll look more closely at Chevron to see if it's likely to sustain its streak of higher dividends in 2019.

How Chevron has treated its shareholders

Chevron has done a good job of boosting its dividend over time. With more than three decades of annual dividend increases, Chevron qualifies as a Dividend Aristocrat, and its current yield is a healthy one compared with most other stocks across the market.

One thing investors need to understand, though, is that Chevron has used technicalities to extend its streak. Even though the total amount that it's paid each year has gone up, there have been some years during which no quarterly dividend increase occurred. That sounds confusing, but it's possible because if the company does a midyear increase to its payout, then the following year's total dividend will be higher as long as Chevron sustains the higher rate throughout that subsequent year. 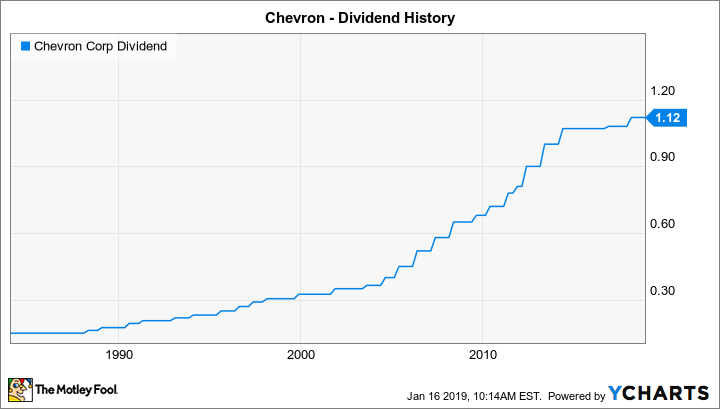 In 2018, though, Chevron was somewhat more generous, with a $0.04-per-share boost to $1.12 quarterly coming early in the year. That reflected an early 2018 rebound in energy prices, along with positive impacts from tax reform.

Is another pause coming for Chevron's dividend growth?

Chevron's far from the only energy company to come under pressure in 2018. The huge drop in crude oil prices late in the year was particularly punishing for the entire industry, and adding to the trouble for Chevron was the fact that rising production in the U.S. market still met with logistical challenges that resulted in particular weakness in the West Texas Intermediate crude benchmark. 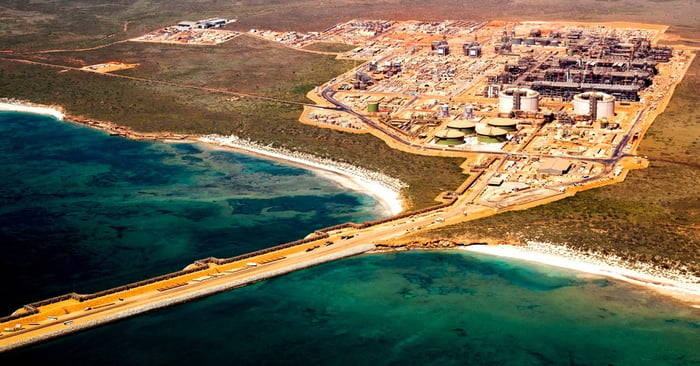 Even so, the concerns surrounding Chevron are justified. The company has had to work hard to sustain its production levels, and it's resorted to borrowing money in past down periods in order to keep paying its dividend and finance its capital expenditures. A low cost structure gives Chevron a competitive advantage over some of its peers, making it better able to endure low crude prices longer, but it still needs billions of dollars each year to reinvest in its business. The oil giant isn't at a crisis point yet, but investors will want to watch closely to see what comes next for Chevron's business.

Expect a modest rise in Chevron's dividend in 2019

Chevron will tell investors a lot in the coming month about what to expect from its dividend. If the oil giant is quick to make an increase during the first quarter of 2019, then that will signal confidence in its future. But if it waits until the last possible moment in the fourth quarter before delivering a token dividend increase, it'll point to continuing concerns about its growth prospects. Regardless, I suspect Chevron will be quite conservative with its dividend increase in 2019, potentially resorting to just a minimal $0.01 boost to keep its streak alive.