The Chinese streaming music giant is finally playing in the same key as Wall Street.

One of last year's more disappointing IPOs was Tencent Music Entertainment (TME 6.63%), but China's leading streaming music service is starting to make waves. The stock that has been a broken IPO since its third day of trading -- falling below last month's initial $13 price tag -- roared back with its biggest daily gain on Friday.

A few analysts initiating bullish calls on the stock last week may be helping, but Chinese growth stocks bouncing back into fancy is the real driver. Investors are starting to get into a good groove with the streaming giant that controls roughly 75% of China's music streaming consumption. The key now is building on Friday's hearty 11% gain. 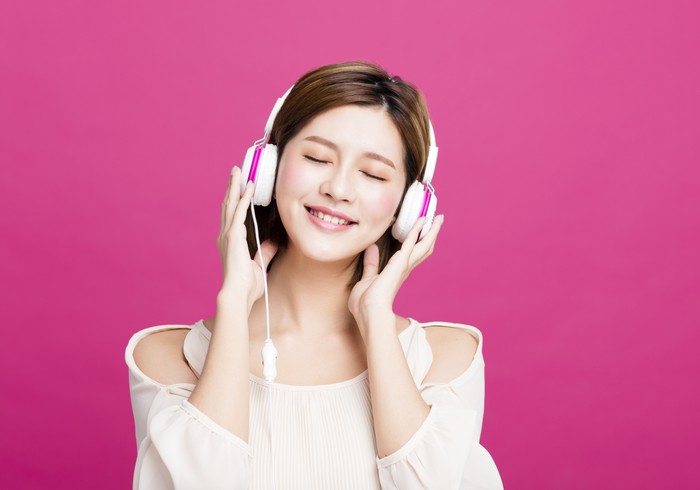 Not all of the new calls were bullish, however. Hanjoon Kim at Deutsche Bank and John Egbert at Stifel are initiating neutral hold ratings on the stock with price targets of $14.50 and $14, respectively.

It's important not to read too much into last week's six initiations. All of the analysts served as underwriters for last month's IPO. The shares spent most of last week hovering near its IPO price, so it would be a shock if they weren't all bullish or at least neutral. They just convinced some of their best clients to load up on the stock at $13 in last month's IPO, and they're not going to turn on the stock as long as the fundamentals remain intact.

Tencent Music Entertainment is in a good place. The timing of its IPO certainly could've been better, but the fundamentals have all the traits of a market darling.

The company operates all four of China's most popular streaming music apps. It draws an audience of more than 800 million unique monthly active users across all of its platforms, and listeners are pretty loyal. The average daily active user spends 70 minutes streaming.

Music streaming isn't as compelling to investors as video. It's harder to stand out with differentiated content, the one thing that tends to set the video platforms apart. However, Tencent Music Entertainment isn't a slow grower despite dominating its niche. Revenue soared nearly 84% through the first nine months of last year with profitability more than tripling in that time.

Chung at KeyBanc feels that it's still early in Tencent Music Entertainment's growth story. He sees revenue potentially soaring sixfold a decade from now and margins expanding as it's able to use its market leadership to negotiate more lucrative label deals and improve the monetization of its industry-leading usage.

Tencent Music Entertainment deserves better than last month's chilly market reception, especially since it's generating less than a third of its revenue directly from its music services. The lion's share of the high-margin revenue is coming from social entertainment services, led primarily by the virtual gifts that users can bestow musical acts and other active users. Wall Street and Tencent Music Entertainment got off on the wrong foot last month, but now it seems as if the two are finally playing in the same key.