The credit-card giant is coming off an excellent year, and its shares aren't exactly cheap.

The last few years have been kind to American Express (AXP 0.14%) stock, although its popularity lags that of rivals Visa (V 0.97%) and Mastercard (MA 0.76%). All three have benefited from a generally strong global economy and markedly improving fundamentals. AmEx, though, hasn't gotten as much investor affection as its peers.

As a result, its valuations are lower. Perhaps even low enough to make the stock a compelling buy. 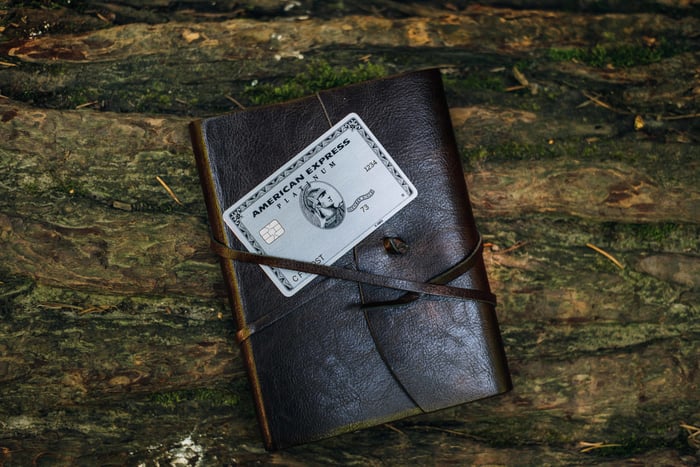 It's not going to be easy for AmEx to transcend its fiscal 2018. The company booked a record annual profit of just over $6.9 billion, which more than doubled the 2017 result. Net revenue also notched an all-time high, coming in 8% fatter at $40.3 billion. That was on the back of worldwide billed business -- AmEx-speak for "total member spending" -- which advanced by 9% to almost $1.2 trillion.

Yes, we can ascribe at least some of this success to a relatively strong global economy. After all, Visa also set new records on the top and bottom lines for its most recently reported fiscal year, as did Mastercard for revenue. But that doesn't tell the whole story.

AmEx, since it also acts as the issuer of its cards in addition to the payment processor (in contrast to Visa and Mastercard), has comparatively more to gain if it can ramp up member spending. One sure sign that it's been very successful in this crucial aspect of its operations is that in recent quarters, 60% of its loan growth has come from existing clients.

It's not hard to crank up the numbers with new, incoming card members; getting existing ones to spend more is the real challenge. AmEx's recent performance proves that it's doing this effectively.

Next to its apparently eternal rivals Visa and Mastercard, AmEx has been something of an underdog stock. I think at least some of this has to do with concern over the immediate future of the global economy. Numerous prognosticators point to warning signs that it'll slow down, or nose-dive into recession.

Since AmEx is the one issuer out of the three companies, it's theoretically more exposed to such a slowdown. After all, if card member spending stagnates or goes south, AmEx will feel it right in the wallet. By contrast, Visa and Mastercard won't be as directly impacted, since they're effectively middle men that only take a tiny cut of every transaction made on their networks.

I understand this concern, but I think it's overblown. AmEx's secret weapon has always been its customer base, which is relatively more well-heeled and affluent than the average Visa or Mastercard issuer. For proof, look at AmEx's net write-off rate -- it clocked in at only 2.4% for 2018, more or less in line with previous years. That's admirably low for the credit-card industry.

I also believe investors are underestimating AmEx's ability to grow its business by several different roots. In addition to being successful at squeezing more growth from its existing card members, it's also doing well, thank you very much, in attracting new business. Its total cards in force (i.e., circulation) rose last year by 7% over the 2017 tally (to 54.5 million).

The company has also done a good job signing up new co-branding partners and moving into lower-end segments like prepaid cards.

So, about those valuations. For me, the most important one is the forward PEG ratio, which in AmEx's case is just under 1 (the level at which a stock is, theoretically, fairly valued). Again, I think the market is underestimating AmEx's ability to deliver, so to me, it's worth a premium.

In other words, this stock is undervalued, in my opinion, and it should seriously be considered as a buy.