A mixed session for market still left some stocks on the losing side.

Thursday was a mixed day on Wall Street, with the Dow Jones Industrial Average giving up modest amounts of ground even as the S&P 500 eked out a small gain. Investors are continuing to wrestle with the apparent disconnect between a strong earnings season for U.S. stocks and concerns about more sluggish conditions for the overall global economy. Despite solid results from many corners of the market, some companies have had bad news on the financial front lately. Freeport-McMoRan (FCX -2.58%), Briggs & Stratton (BGGS.Q), and Canada Goose Holdings (GOOS -5.84%) were among the worst performers today. Here's why they did so poorly.

Shares of Freeport-McMoRan dropped 13% after the mining and energy company reported its fourth-quarter and full-year 2018 financial results. Revenue for the quarter plunged by 27% from year-earlier levels, and net income suffered a decline of more than 85% amid weak conditions in the metals market. Freeport said that production of copper declined 16% even as realized prices fell, and gold production was even worse. CEO Richard Adkerson tried to maintain an optimistic tone for 2019, but few expect Freeport to come close to matching its full-year 2018 results. 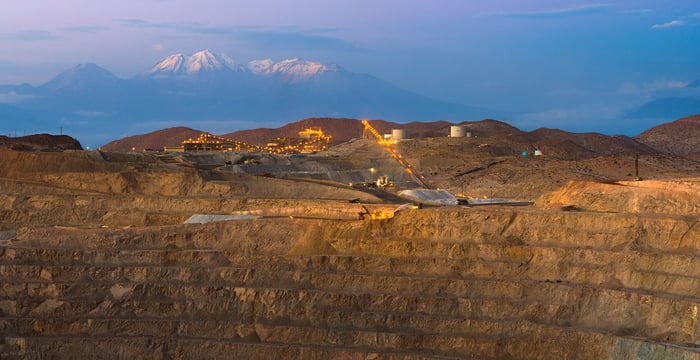 Briggs & Stratton's stock fell 16% in the wake of the company's release of its fiscal second-quarter financial report. The engine manufacturer said that revenue rose 13% from year-ago levels, but adjusted net income was down over the period, and it cut its guidance for full fiscal 2019. Briggs & Stratton said that market softness due to weather issues in Europe and Australia were partially responsible for the downward revision in its outlook, and it also called out the bankruptcy of major customer Sears as a factor. Until conditions improve, Briggs & Stratton could have a tough time regaining its shareholders' confidence in its long-term growth prospects.

Canada Goose gets the chills

Finally, shares of Canada Goose Holdings closed lower by 7%. The maker of high-end fashion outerwear received a downgrade from stock analysts at Wells Fargo, who cut their rating from outperform to market perform. The analysts pointed to less search traffic on popular internet search engines looking for Canada Goose merchandise, and concerns about international trade could cause problems for the Canadian company. Apparel stocks can rise and fall out of style quickly, and the rise and fall of Canada Goose stock shows all the common signs of a company struggling to stay in the fashion spotlight.