Acquisitions and new product launches helped sales grow at a moderate pace, though the growth rate decelerated on a sequential basis and came in below Wall Street's expectations. Higher spending on a series of acquisitions also took a toll on the company's reported profitability. The net result was single-digit revenue growth and flat adjusted profits. 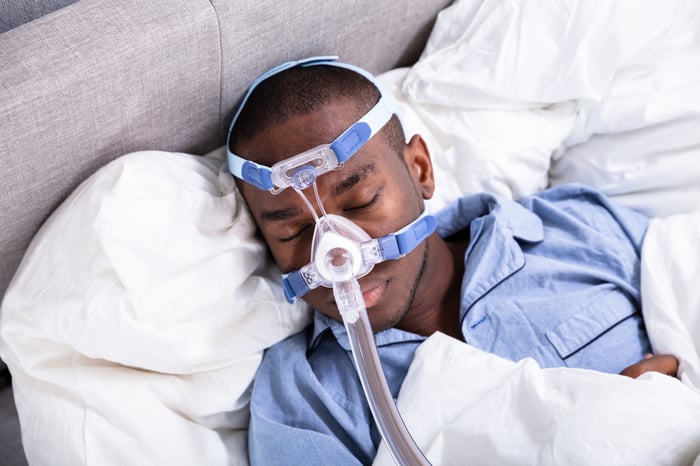 "The continued traction of our diversified and growing mask and device portfolio along with an expanded and expanding pipeline of new products and enhanced digital health solutions to sleep apnea, COPD, and the out-of-hospital medical software markets give us confidence in ongoing momentum for our business."

Farrell also expounded on the company's rationale for buying up a number of software-as-a-service (SaaS) businesses: "We have a vision to transform out-of-hospital healthcare and these acquisitions have established ResMed as a strategic player in the best position to do so. We have a proven track record of transforming our market through SaaS-based software and solutions and we have demonstrated success and experience with Brightree these last three years."

Wall Street wasn't happy with ResMed's quarterly results and investors sold off shares hard in response. The most likely cause of the sell-off was that total revenue came in about $20 million short of expectations.

In spite of the short-term hiccup, Farrell did his best to reassure investors on the company's conference call that ResMed is being managed with the long term in mind: "We have positioned the company for the long term, driving top- and bottom-line growth into 2025 and beyond. By enabling better care, we are improving quality of life, reducing the impact of chronic disease, and lowering the costs for consumers and healthcare systems around the world."