This is the second time in five years a Vale mine has suffered a tailings dam disaster.

Shares of Brazilian mining giant Vale SA (VALE -3.28%) closed the day down 8.1% and were down as much as 13.5% during the day's trading session. Today's price drop comes after a dam holding back mining tailings collapsed and flooded a local town, leaving more than 200 people missing.

The fact that a major mining dam collapsed on Vale's watch, and that it has potentially caused significant human and environmental harm, is pretty much all you need to know. Typically, things like this tend to come with large lawsuits and cleanup costs. 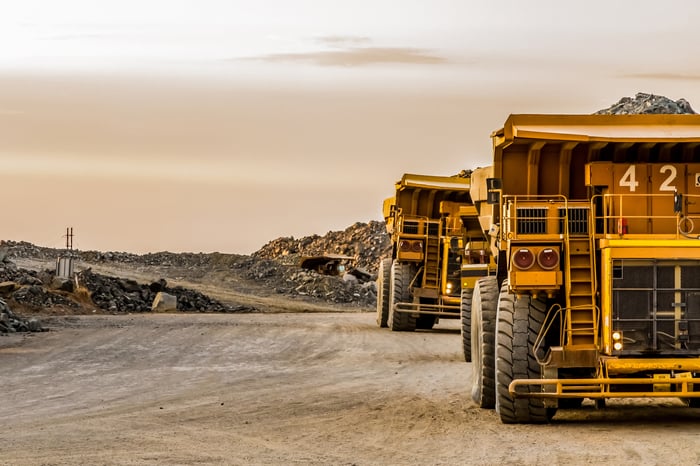 In fact, this isn't the first time in recent memory that a Vale mine suffered a similar disaster. In 2015, the dam that held back mining tailings at the Samarco mine -- co-owned by Vale and BHP Group -- collapsed and destroyed two towns, killing 19. Both Vale and BHP agreed to a settlement in 2018 for $5.28 billion for a civil suit against the two mining giants. Considering this is the second mine collapse in less than five years, there could be repercussions beyond what we saw with the Samarco disaster.

Vale was just starting to find its footing again after a disastrous decade. From 2011 to 2016, the company's stock dropped more than 92% as the Chinese commodity boom fizzled out and left the mining industry with loads of oversupply, coupled with the Samarco disaster. Since 2016, though, the stock has been slowly gaining ground. CEO Fabio Schvartsman has been at the helm since May of 2017 and has been focusing more on generating returns and shoring up the balance sheet rather than protecting market share.

It's too early to say exactly what will happen with this recent dam collapse, but it won't be good.