A new trend in the travel business could lead to one of the last arms races for OTAs.

There's nothing novel or unique about seeing the Eiffel Tower, the Great Wall of China, or Machu Picchu. A real traveler veers sharply from the beaten path, exploring places like Ittoqqortoormiit, Lake Yeak Laom, and the Huacachina Oasis.

That's an exaggeration, of course, but unfamiliar names such as those are becoming attractive to a growing number of tourists. At least that's according to top online travel agency (OTA) Expedia Group ( EXPE 3.61% ). The company said its Hotels.com subsidiary recently experienced 18% year-over-year growth in searches for accommodation in remote locations. 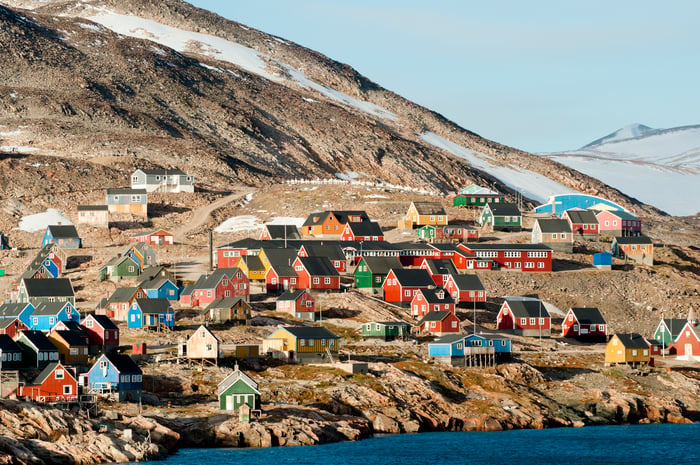 Hotels.com heralded its findings with a sweetheart deal for those adventurous souls. It offered pick up nearly all of the tab for those who booked stays at the Ittoqqortoormiit Guesthouse, in a distant corner of distant Greenland, by the end of last year. It described the facility as the "world's most [remote] hotel."

The Expedia unit didn't delve into the reasons for the big increase in distant destinations. It really isn't too surprising, though.

The cheaper air tickets of the past few years, and a global economy that continues to rise, have combined to pump up global travel figures. In 2018, the number of international arrivals hit 1.4 billion, 6% over the 2017 figure. That metric has been trending up for almost a decade. We can assume a modest part of that trend comes from repeat travelers who have visited the famous places and are now eager for something fresh and different.

The global hospitality sector's revenue was around $1 trillion in 2018, according to researcher IBISWorld. So even if the many Ittoqqortoormiits of this Earth are tiny in size, they still collectively represent a market segment OTAs can draw a stream of revenue from -- especially if they're becoming more popular.

Expedia, of course, isn't the only game in town for DIY accommodation in the big OTA segment. Its HomeAway unit boasts around 1.8 million listings. The yin to its yang, Booking Holdings ( BKNG 5.08% ), has around 5.5 million, according to company figures cited by Skift. TripAdvisor's ( TRIP 2.44% )FlipKey and HolidayLettings units combine for just over 1.2 million. And of course there's Airbnb, with over 5 million.

The DIY segment has been hot over the past few years, and with a growing travel market, there's no reason the trend shouldn't continue. Just look at HomeAway -- in Expedia's most recently reported quarter, the unit grew its gross bookings by 24% year over year, well ahead of the 10% in the company's core online travel booking operations.

So perhaps Expedia is pouncing on the remote-travel trend to grab some business at Booking Holdings' expense. As in many industries, first-mover advantage here can earn a nimble-footed OTA a bigger slice of the pie.

But I'd have to say that the top beneficiary of the visit-the-far-corners trend should be, despite Expedia's marketing push, the better-stocked Booking Holdings. Still, moving to become identified with this particular segment is a smart strategy for Expedia.

Since Expedia, Booking Holdings, and TripAdvisor are active in the DIY space -- to say nothing of Airbnb and a gaggle of smaller competitors -- each can capitalize on the trend. If it persists, we could see a fight for them among OTAs. After all, these destinations are what's left after the constant and endless scrambles for the Venices, Taj Mahals, and Great Pyramids of the world. And there's obviously traveler interest in exploring them.

Again, it's early days, so we don't know if this growth is a long-term development or short-term fad. (My money's on the former.) So followers of, and investors in, OTAs should watch if and how it develops, and see what their company is doing to profit from it.