Esports, the professional level of video gaming, is still a relatively new form of entertainment, and many people still think watching other people play video games is an odd way to spend time. However, the content category has come a long way and continues to grow at a rapid clip -- and that hasn't happened by accident. People in the industry have been working for decades to get it to where it is today, and Mike Sepso has been a big part of the push.

In 2002, Sepso co-founded Major League Gaming (MLG), one of the pioneering organizations in esports and one that played a key role in bringing competitive gaming as a spectator sport to greater prominence. He sold MLG to Activision Blizzard (NASDAQ:ATVI) in 2015 and came on board at the company as a senior vice president in charge of esports. Sepso sees a huge growth runway for competitive gaming as spectator entertainment content, and he left Activision last year to form Electronic Sports Group, a company that's advising clients across a range of industries about business opportunities in the esports space.

I had the chance to interview him and pick his brain about the history of esports, where he sees the industry going, and what this emerging content category could mean for investors. Read on for an inside look at the rapidly expanding world of esports. 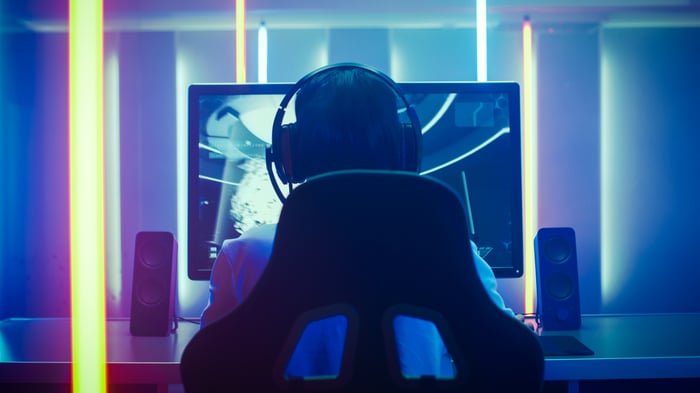 Understanding esports and what's ahead

Despite professional gaming's exploding popularity, the content category isn't broadly known or understood outside of millennial and Generation Z age demographics. There are differing opinions about what esports is, even among people who follow the space, but if anyone is qualified to describe it, it's probably Sepso. I asked the industry veteran how he would describe esports to people who might not have a lot of previous exposure to it. Here's what he had to say:

I spent many, many years explaining esports conceptually to people. Generally speaking, it's team-based competition. Two teams are pitted against each other to achieve an objective on an even playing field that requires a tremendous amount of skill and practice and teamwork to accomplish. So from that perspective, taking that athleticism out of it, everything sounds a lot like sports.

More recently, I would say in the past couple years, it's much easier to describe esports because really all you have to say is, "There's about a half a billion people that watch it." It's becoming far and away the fastest-growing spectator sport among people under 35. So, when you say that to people who work in the traditional sports or broadcasting business, it's a massive sort of light bulb. 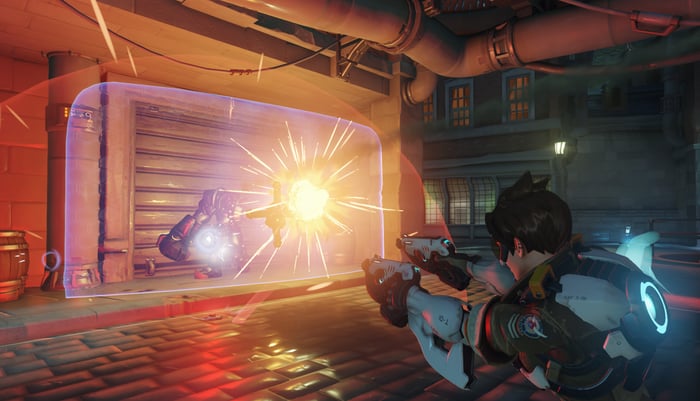 To put esports growth in context, Newzoo estimates that global revenue for professional competitive gaming will have climbed from $493 million in 2016 to roughly $1.5 billion in 2020 -- and that's just scratching the surface of the potential market. Other industry snapshots take a broader view of what constitutes esports -- and they report bigger market sizes and faster growth than Newzoo, factoring in cash sources like gambling, investments, and business from more-casual gaming events and broadcasts. Precise figures for the current and near-term values of the market probably aren't as important as the trend and the implications. There's impressive growth here and huge room for expansion.

The esports and traditional pro sports industries won't be neatly comparable across all dimensions, but it's not unreasonable to think that the types of personal attachments and story lines that have formed around teams and players in the NFL and NBA (and been central to the growth of those leagues) could have counterparts in professional gaming. Sepso thinks that the evolution of those dynamics will play a role in encouraging industry growth, and he says he's already seeing some promising developments on that front with the Overwatch League:

I think the most interesting thing will be, specifically with the Overwatch League, will be as it moves to a distributed city-based system. So now all of the teams, all of the franchise owners own a particular market: L.A., New York, Boston, et cetera. They're not playing in those markets yet. Once that distributed model takes effect and you have teams playing home and away games in all of these cities around the world, I think you're going to see a much more interesting narrative develop that intertwines those cities with the teams and their brands.

I asked Sepso how soon he sees esports becoming a reliable sales pillar for gaming's major publishers. Here's his outlook on when that might happen and how to measure the content category's emergence for leading video game companies:

These are multibillion dollars of revenue businesses, so in order for esports to be kind of meaningful, it has to be at least over 10% of the total revenue picture. I think we're still several years away from that being the case, but it's hard to pinpoint when that's going to happen because the growth rate is so high. It's really just "How quickly can the audience be effectively monetized," and some of that honestly is outside of the control of the publishers.

Sepso thinks that advertisers are still working out the best ways to approach and engage with the fast-growing esports audience. 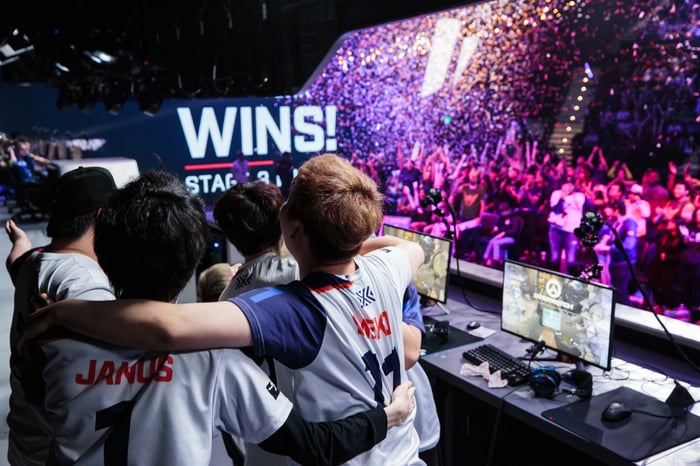 Who's winning the game?

When it comes to which video game companies are creating the content and structure needed to bring in advertisers and investors, Sepso sees a lot of promising efforts, but he outlined two clear leaders in these early days: Activision Blizzard with the Overwatch League and Tencent (OTC:TCEHY) with the League of Legends Championship Series. He said:

So I think that across the board generally speaking, they're doing a great job. But this is sort of early days of this new highly regulated, highly structured, highly controlled league system being developed. So you really only have Overwatch League and League of Legends Championship Series. Those are the two kind of big, global franchise league structures out there. Those are clearly the two best to invest in from an advertiser's point of view because they're big and stable and there's a lot of capital and resources behind promoting them and making them bigger and investing in the quality of the content.

So, as more of those leagues are developed and launched by the publishers, and the ad industry figures out how to engage with that type of system, I think that's when the growth curve will really take off from a financial performance basis. But the nice thing is that the audience is already there. You can kind of see that, with an audience as big as esports is at an aggregate level, if you can apply even a small percentage of the typical monetization rates per fan that the traditional sports leagues have to that model, you get a massive revenue opportunity.

Asked what it will take to get esports to the next level and generate increasing momentum for mainstream expansion, Sepso stressed the importance of expanding the appeal while still remaining true to what made esports attractive to the core fans.

I think what you're starting to see is connection points outside of the core audience. So it's important that as esports becomes more mainstream and more commercialized, that the core fan base is serviced. You don't want to sort of skip past the people that got you there. Especially with esports, that authenticity metric is critical. So keeping that fan base engaged but then expanding into new connection points is very important, too.

Since primarily you only had esports broadcast on places like Twitch, outside of the gaming community, it was difficult to generate any awareness that this was going on. But now ... you've got Overwatch League in particular distributing on Disney network channels, and the whole industry is getting more mainstream in general...

So I think you're going to see more and more mass-market awareness of this happening, and as fans come in, the other interesting thing that we're starting to see is more and more fans that aren't gamers. So it becomes an interesting place for them to connect -- where potentially esports starts to drive more adoption of the core business of these publishers, but importantly, I just think that you're getting bigger and bigger and more mainstream audiences engaged with esports.

What started out as small tournaments held in conference rooms and auditoriums and had its biggest events occasionally featured on niche, gaming-and-tech-focused television networks and websites has evolved to become one of the most popular content categories on streaming platforms like YouTube and Twitch and is making inroads at channels operated by TV leaders including Disney, Comcast, and AT&T.

Esports is still relatively young, and investors should proceed with the understanding that individual leagues and organizations will have to navigate unpredictable twists and turns, but there's undeniable momentum behind the content and excitement for what lies ahead. If Sepso and other insiders are right, competitive gaming is on track for meteoric growth over the next decade, and industry players that help facilitate that growth will be richly rewarded.