By acquiring three smaller private homebuilders, the company was able to post a modest year-over-year gain.

One of the upsides of being a large player in an industry is you can sometimes buy your way out of troubles. This past quarter, homebuilder D.R. Horton (DHI 0.41%) did just that. It was able to push back against the pressure of a slowing housing market by making a few timely acquisitions. Those purchases helped to bolster its revenue and earnings enough in its fiscal first quarter to post a year-over-year gain.

Let's take a look at D.R. Horton's most recent results, and see why making a few smaller acquisitions right now may be a good idea. 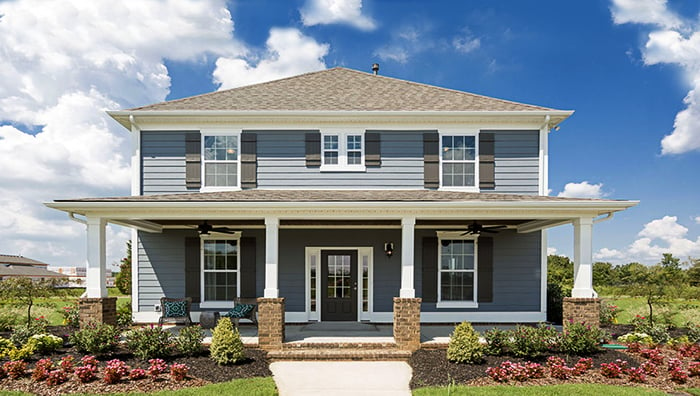 One thing to always keep in mind with homebuilder earnings is that they tend to be very seasonal, depending on the regions of the country they serve. This is important, because comparing this most recent quarter to the prior one would give the impression that the company's earnings were in free fall when that isn't necessarily the case. Yes, sales were down compared to the prior quarter, but that's likely a result of seasonal effects.

That said, these results weren't D.R. Horton's finest showing. Even though it did post better revenue and earnings than in the prior year, some of those additional sales came from the acquisition of three private homebuilders -- Westport Homes in Indiana and Ohio, Classic Builders in Iowa, and Terramor Homes in North Carolina. It's hard to say how much sales from those acquisitions added to its overall sales, because management didn't break them out. The addition of these three homebuilders also added about 700 units to D.R. Horton's backlog, which were just enough for it to report an increase in backlog for the year. Without these acquisitions, the company would have experienced a decline in backlog, as many of its peers have reported recently.

One sign that the company thinks the market for housing could slow down soon: management's decision to use a good portion of its cash to pay down debt. At a debt-to-capital ratio of 26%, D.R. Horton is already one of the most conservative companies when it comes to debt loads. So management's plan to pay back $500 million in debt that comes due in the current quarter is perhaps a sign that it wants to shore up its balance sheet in the event of a slowdown.

Affordability has been the question on investors' minds lately, and just about every management team has addressed these concerns during press releases and conference calls. In D.R. Horton's most recent press release, chairman Donald R. Horton echoed other execs in the industry about finding the balance of affordability and meeting a surge in demand from a strong economy:

Sales prices for both new and existing homes have increased across most of our markets over the past several years, which coupled with rising interest rates has impacted affordability and resulted in some moderation of demand for homes, particularly at higher price points. However, we continue to see good demand and a limited supply of homes at affordable prices across our markets, and economic fundamentals and financing availability remain solid. We are pleased with our product offerings and positioning for the upcoming spring selling season, and we will adjust to future changes in market conditions as necessary.

What is surprising about this rather confident statement is that management gave no sales guidance for 2019. It said that much of its success for the year will be determined during this current quarter as the selling season picks up. It expects to issue guidance after the current quarter, when it has a better feel for the current market. 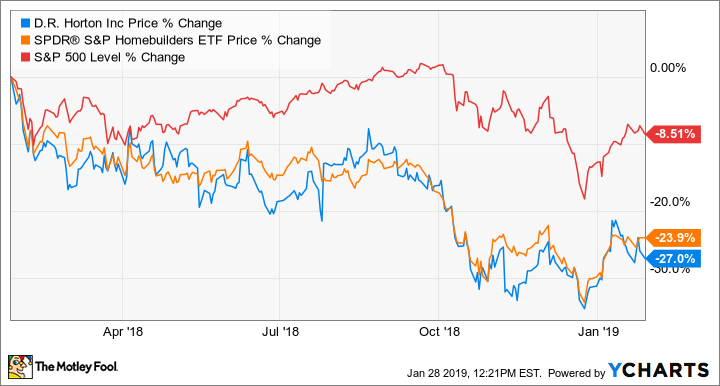 Throwing its weight around to offset a slowing market

Overall, the things D.R. Horton is doing are what you would want from a homebuilder right now. It's using its size and strength to acquire smaller companies and consolidate the market, but it's also allocating lots of cash to preserve its balance sheet. Should the market hit a swoon now, a strong balance sheet could give it the flexibility to make more of these opportunistic acquisitions down the road.