Smaller segments improved markedly, while the company's North American freight business continued to provide a solid base for the wider business.

As its earnings release after the close of trading Tuesday revealed, logistics provider C.H. Robinson Worldwide (CHRW 0.71%) closed its 2018 books with solid fourth-quarter earnings due to strength across all major segments. Continued tight capacity in the road freight market resulted in firm truckload pricing over the last three months. Moreover, the company's air, ocean, freight, customs, and perishables transport business lines all generated profit improvement to supplement the quarter's earnings. Note that in the discussion that follows, all comparative numbers are presented against the prior-year quarter (the fourth quarter of 2017): 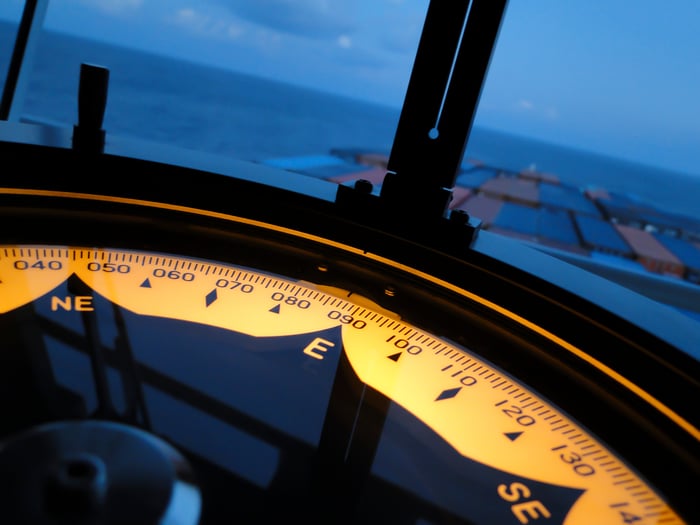 CEO John Wiehoff observed in the company's press release that the organization was able to capitalize on benign market conditions over the last year to drive bottom-line results while generating ample cash flow:

We are pleased with our financial results in 2018. We achieved record levels of net revenues and operating income and a 100 basis point increase in operating income margin. Led by our strong operating performance, we more than doubled our cash flow from operations and returned nearly $600 million to shareholders in 2018. Our strong 2018 financial results reflect the strength and hard work of our global network.

C.H. Robinson doesn't provide investors with numerical guidance for upcoming quarters. In the company's earnings release, CEO Wiehoff signaled that 2019's priorities will look very similar to those of 2018: operating margin expansion due in part to investments in technology, "strong returns to shareholders," and investments that aim to add value for customers while smoothing out the cyclicality in the third-party logistics (3PL) market.