ESL Investments CEO Eddie Lampert's attempt to gain control of Sears Holdings' ( SHLDQ ) remaining assets for pennies on the dollar may have run into its biggest obstacle yet. The Pension Benefit Guaranty Corp., the federal government's pension insurer of last resort, filed documents this week with the bankruptcy court opposing Lampert's bid.

The PBGC, which is assuming responsibility for Sears' defined pension benefit plans that affect some 90,000 people, said there's a funding gap of $1.7 billion, and "it appears that the Debtors are proposing an aggregate cure amount ... of $0." 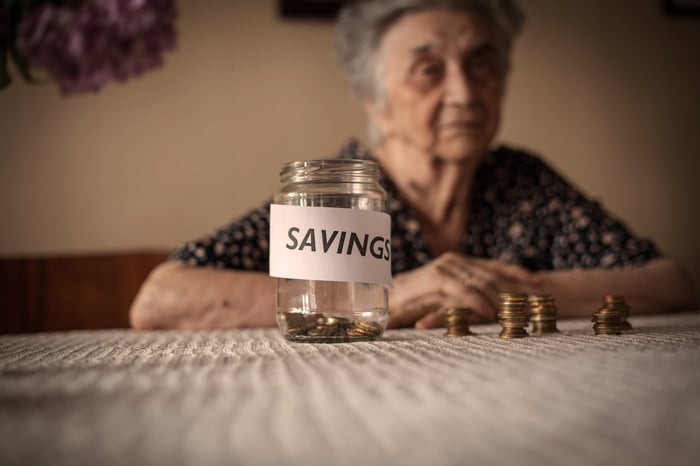 Other Sears creditors are also opposed to Lampert's takeover effort and are seeking to have the bankrupt retailer liquidated to recoup some of the money they are owed. Lampert and his hedge fund ESL Investments have spun his $5.3 billion purchase bid as an attempt to save the iconic retailer, keeping 400 stores open and 50,000 jobs intact.

However, the presence of the federal government's pension guardian could be Lampert's most influential opponent.

A ticking time bomb for years

Lampert began reducing the risk the pensions carried for Sears, first by selling off businesses and assets to pay down the liability, and then by transferring to MetLife just over $1 billion in pension liabilities.

In addition to the very difficult retail environment, Sears has also been significantly impacted by its long-term pension obligations. In the last five years, we contributed almost $2 billion, and since 2005 we have contributed over $4.5 billion, to fund our Pension Plans.

He acknowledged that in addition to the cost of the legacy pensions, Sears was also burdened by the retailer's poor operating performance, little of which was helped by Lampert's management actions over the years.

Although employees will retain their basic benefits when the PBGC assumes control of their pension plans, health and welfare benefits, life insurance, vacation pay, severance benefits, and other lump-sum and disability benefits they may have built up or paid into are not covered.

At stake for the PBGC are the deals it entered into with Lampert to preserve some value in the company to pay for the pensions. It sought to "ring fence" various real estate holdings to prevent Lampert from selling them off, and it retained a stake in the Kenmore and DieHard brands.

The sale of Craftsman tools to Stanley Black & Decker had to get prior approval from the PBGC, and the royalty payments Lampert negotiated with the tool maker were directed exclusively toward Sears pension obligations. However, if Lampert wins the auction for the retailer, the PBGC loses its leverage with KCD IP, the company that controls the brands, along with the royalty payments. Lampert's bid ends all future transactions between Sears and the company.

The PBGC is obligated to try and extract as much value as possible from the business to fund the pensions, meaning Lampert may have reached too far. By trying to freeze out the pension insurer as he looks to retain the remaining assets for himself, he has created a formidable opponent to challenge him.

It would be a bit of irony that the pensions Lampert sought to separate from the company to reduce the risk they presented to his plan to raid Sears at the end are the very thing that undermine his attempt to control the business.