The company reported strong quarterly results as it prepares to acquire peer Finisar.

Shares of optical communications specialist II-VI (COHR 0.24%) have surged today, up by 17% as of 1 p.m. EST, after the company announced fiscal second-quarter earnings results. II-VI reported record revenue and beat expectations for both the top and bottom lines.

Revenue in the fiscal second quarter jumped 22% to a record $342.9 million, ahead of the $339 million in sales that the Street was expecting. That all translated into adjusted earnings per share of $0.71, also topping the consensus estimate of $0.67 per share in adjusted profit. Bookings also hit a record of $377 million, signaling a strong sales pipeline. 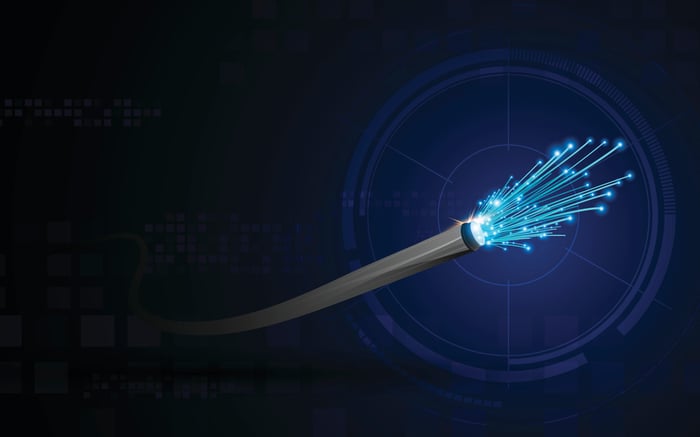 II-VI announced its intention to acquire peer Finisar (FNSR) in November in a $3.2 billion deal, and the company says it is already beginning its integration planning. II-VI plans to take on $2 billion in additional debt to fund the transaction, which is expected to close in mid-2019.

As far as outlook goes, II-VI expects revenue in the fiscal third quarter to be in the range of $335 million to $343 million, with earnings per share of $0.36 to $0.42. On a non-GAAP basis, adjusted earnings per share are forecast at $0.60 to $0.69. Those ranges are mostly in line with analysts' expectations for the coming quarter, which call for $339.2 million in sales and an adjusted profit of $0.66 per share.