Please ensure Javascript is enabled for purposes of website accessibility
Free Article Join Over 1 Million Premium Members And Get More In-Depth Stock Guidance and Research
By Keith Speights - Updated Apr 14, 2019 at 9:20AM

Never say never sell? With Intuitive Surgical, you might be able to.

Everything changes. That's definitely true in the stock market. For example, 50 years after the launch of the S&P 500 index, only 86 of the original members were still in it.

With such a low percentage of stocks managing to stay ranked in the top 500, you might think that it's hard to find stocks that you can buy and hold for the long term. And you'd be right.

But that doesn't mean such stocks don't exist. Intuitive Surgical ( ISRG -1.74% ) stands out as one stock that investors should be able to buy and never sell. Here are 12 reasons why. 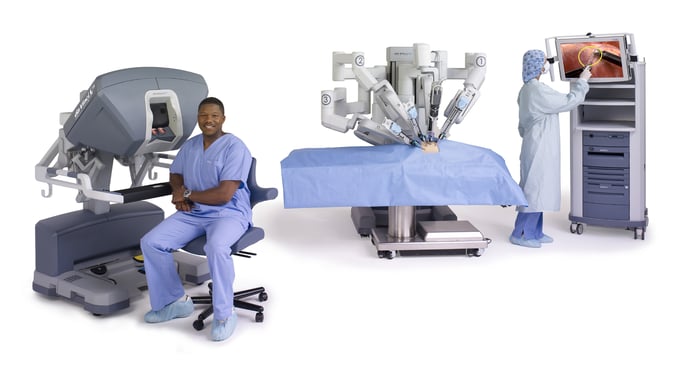 You've no doubt heard about the benefits of the old razor-and-blades business model. With this model, a company sells one product (such as a razor) to generate one-time revenue, but sells another product (like blades) on a recurring basis after that to generate ongoing revenue.

Intuitive Surgical's "razor" is its da Vinci robot surgical system. Its "blades" are the instruments and accessories that must be replaced after surgical procedures are performed using the da Vinci system. Intuitive now makes 71% of its total revenue from recurring revenue. When a company can generate that kind of ongoing revenue without trying very hard, it's a keeper.

Its razor-and-blades business model has translated to impressive financial strength for Intuitive Surgical. Over the last 10 years, the company's revenue and earnings have more than quadrupled. Intuitive isn't slowing down, either: It posted 17% year-over-year revenue growth and 14% year-over-year adjusted earnings-per-share growth in the fourth quarter of 2018.

Intuitive Surgical's strong revenue and earnings growth have also helped it generate consistent solid cash flow and build a cash stockpile totaling $4.8 billion, including cash, cash equivalents, and investments. This means that the company can continue to reinvest in its business -- a must for the kind of stock you can buy and never sell.

There's an important reason why Intuitive Surgical's financial performance has been so good: Customers are using its da Vinci systems to perform more surgical procedures. Intuitive recently reported that 2018 procedure growth was even higher than levels in 2017. This is great news for long-term investors who own the stock.

An obvious reason why is that procedure volume growth generates more recurring revenue for Intuitive. However, this growth also underscores a key advantage for the company. Customers who buy the da Vinci system are motivated to maximize their return on investment by performing more procedures with the system.

Another driver for use of Intuitive Surgical's technology is the significant unmet medical need. For example, nearly 36% of rectal surgeries in the U.S. and more than 17% of complex ventral hernia surgeries have complications. The bottom quartile of surgeons, based on surgical skill, have three times more complications and twice the number of hospital readmissions than surgeons in the first quartile.

But for companies like Intuitive Surgical, problems represent opportunities. The need for better surgical outcomes means that Intuitive has plenty of room to grow for years to come.

5. A huge install base

Intuitive Surgical isn't too far away from an install base of 5,000 systems. By comparison, the company's install base was just over 3,500 in 2015.

This huge install base means that Intuitive has a big head start over any potential rival. Customers who spend close to $1.5 million on a robotic surgical system aren't likely to look to switch. With Intuitive's install base growing by double-digit percentages each year, the company's competitive advantage should only become stronger.

Some of the first words out of Intuitive Surgical CEO Gary Guthart's mouth in the company's Q4 earnings conference call were to note that there have been around 1,500 peer-reviewed clinical journal articles for the da Vinci system. Guthart also said that "the total peer-reviewed clinical database contains over 16,000 articles."

The only way a company can survive and thrive over the long run is by providing products and services that help their customers. Intuitive Surgical checks off the box.

8. An inside track with new surgeons

Intuitive Surgical said at the J.P. Morgan Healthcare Conference in January that 84% of its U.S. customers at academic institutions use da Vinci virtual reality (VR) simulators for training. These simulators enable surgeons to perform realistic mock surgical procedures. The use of these da Vinci VR simulators at academic institutions could give Intuitive an inside track with new surgeons; this holds the potential to pay dividends for years to come.

9. Aging of the baby boomer generation

Baby boomers are getting older. By 2030, there will be more Americans aged 65 and older than there will be children under the age of 18. That's never happened before in U.S. history, and a similar phenomenon is happening in other countries.

This long-term demographic trend is a big plus for Intuitive Surgical. Older people tend to require more surgical procedures. For example, the average age of men diagnosed with prostate cancer is 66. Prostatectomies rank as Intuitive's top urology procedure in the U.S. and the top procedure overall outside of the U.S.

10. Aging of the millennial generation

It's not just baby boomers who are getting older. The millennial generation is even bigger than the baby boomer generation. Soon, the oldest millennials will enter their 40s.

This presents yet another tremendous opportunity for Intuitive Surgical. The average age for women to have a hysterectomy is 42. Hysterectomy is the most common gynecology procedure for which da Vinci is used.

Intuitive Surgical's customer base is still heavily skewed toward the U.S. But there are many more people who live -- and require minimally invasive surgery -- in the rest of the world.

The company has taken several steps over the last year to capitalize more effectively on the international opportunities. Intuitive acquired operations in India in the second quarter of 2018 and operations in Taiwan in the fourth quarter. It's also ramping up its joint venture with Fosun Pharma in China in early 2019.

12. A commitment to innovation