Both companies are losing money, but one is on the right track.

Plug Power (PLUG -2.40%) and Bloom Energy (BE -2.60%) are both leaders in the nascent fuel cell market, which has the potential to disrupt energy. Plug Power is a leader in hydrogen fuel cells for forklifts and small material handling vehicles in factories and warehouses, with the goals of eventually disrupting transportation. Bloom is going after the power market, positioning fuel cells as a reliable source of on-demand electricity. 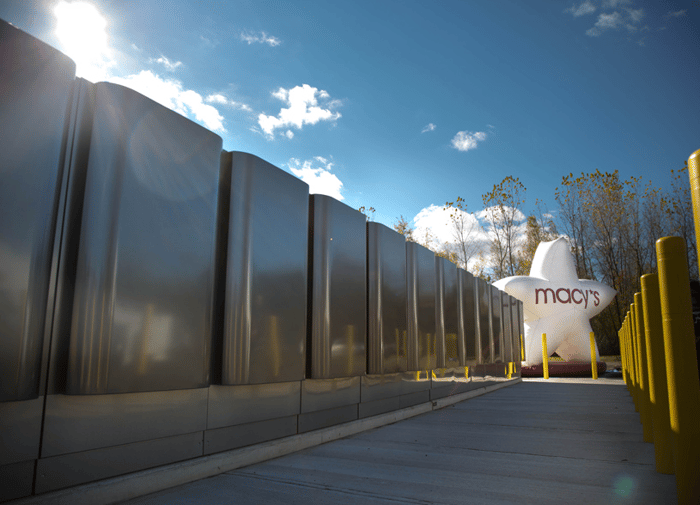 Plug Power's core business is retrofitting forklifts from battery power to hydrogen fuel cell power. The selling point for manufacturing plants is quick refilling, rather than constant battery replacement, saving space and money. As it's grown this business the company has shipped over 25,000 fuel cells into the market, and become one of the biggest hydrogen consumers in the world.

What Plug Power hasn't done is make money. Year after year, management projects EBITDA breakeven, or even profitable operations, only to see the company report losses and burn millions in cash. 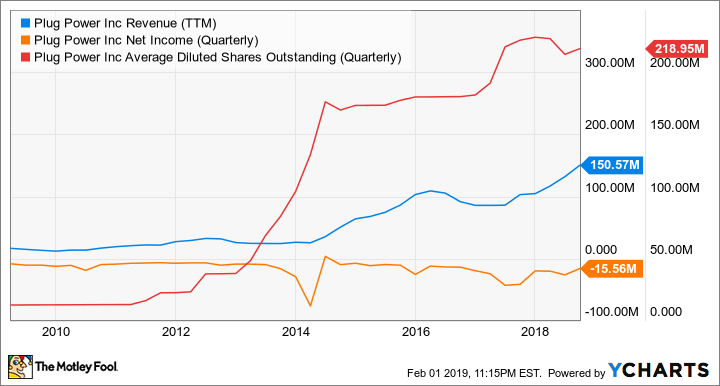 To fund operations, Plug Power has to use equity markets to raise cash, which is why shares outstanding have jumped more than 5x in the past decade.

Once again, management is promising positive EBITDA on an ongoing basis sometime in 2019, which could slow the need for new cash. But I'll believe the bullish predictions when they finally come true.

Bloom is in the same boat... for now

On the surface, Bloom Energy doesn't look very different from Plug Power right now. You can see below that the company is growing revenue but still losing money. 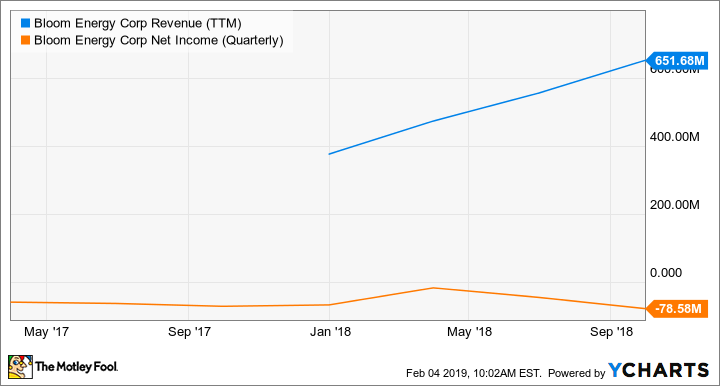 The difference is that Bloom Energy's margins are improving. A negative gross margin of 14.1% a year ago changed to a 20.8% gross margin in the third quarter of 2018. The company is even adjusted EBITDA positive, generating $27.6 million in the past two quarters. If the trend continues, Bloom Energy could be on its way to profitability.

One thing investors need to consider is the full supply chain Bloom and Plug Power have for their fuel. Plug Power is using hydrogen in its fuel cells, which primarily comes from natural gas in the U.S. So natural gas is turned into hydrogen fuel, which is then delivered to customers on specialized trucks, and then put into Plug Power's fuel cells.

On the other hand, Bloom Energy's fuel cells use natural gas as their fuel, which is delivered directly to customers. No conversion to another form, no expensive delivery infrastructure -- the process is much simpler and cleaner.

Plug Power and Bloom Energy don't always compete in the same markets, but the simpler structure of Bloom Energy and relative complexity of Plug Power should be very striking to investors.

Bloom is the better buy today

Given Plug Power's history of destroying shareholder value and failing to live up to expectations, I give the nod in this battle to Bloom Energy. The company is still young and has a lot to prove, but it's improving margins, going after an attractive market in backup power, and using cost-effective fuel as its primary source. Long-term it has a better chance to succeed than Plug Power, although until we see a few more quarters of progress on the bottom line I'm not ready to put my money on this energy start-up.