Please ensure Javascript is enabled for purposes of website accessibility
Log In Help Join The Motley Fool
Free Article Join Over 1 Million Premium Members And Get More In-Depth Stock Guidance and Research
By Beth McKenna – Updated Apr 18, 2019 at 11:11AM

Cronos stock was up 34.4% last year, whereas the broader market declined slightly. Thanks to their strong start to 2019, shares have gained a whopping 220% for the one-year period through Friday, Feb. 1, versus the S&P 500's 2.2% loss. 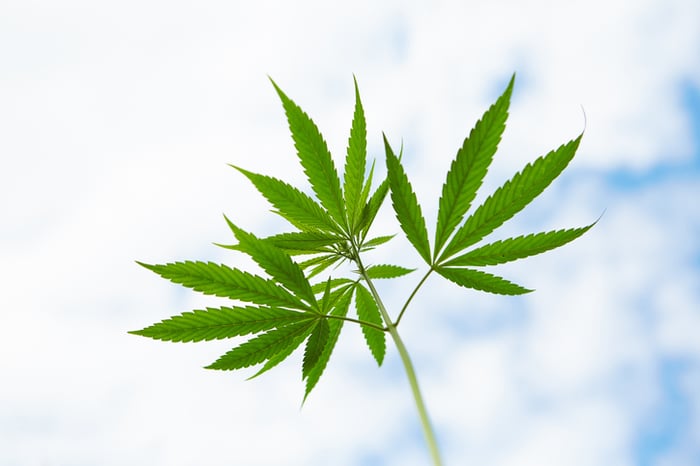 Cronos Group didn't release any notable news in January, nor was it specifically the subject of any material news. So we can probably safely attribute the stock's big rise last month to the following three catalysts, only one of which is company-specific.

First, Cronos stock probably got a nice lift from the bullish sentiment surrounding the overall cannabis sector. Part of this enthusiasm is likely related to the December passage of the U.S. Farm Bill, which took effect Jan. 1, 2019. This bill made it legal on a federal level to grow and process industrial hemp, opening up a potentially huge market for products made from hemp-derived cannabidiol (CBD). CBD, which can be extracted from both marijuana and hemp, is a nonpsychoactive chemical that's been linked with various medicinal benefits. To be clear, unlike Canopy Growth, Cronos hasn't announced that it plans to enter the U.S. hemp market, but it seems only a matter of time.

Another reason for the stock's jubilant January was likely investor anticipation of the closing of the deal with Altria (MO -0.59%). The tobacco giant is buying a 45% stake in Cronos for approximately $1.8 billion (about 2.4 billion Canadian dollars), as Cronos announced in early December. The deal is expected to close in the first half of 2019.

And third, on Jan. 28, shares of Cronos -- which popped 15.4% -- and several other cannabis players probably got a "boost from U.S. attorney general nominee William Barr's written response to questions from the Senate Judiciary Committee," wrote fellow Motley Fool contributor Keith Speights. "In this response, Barr confirmed his previous testimony before the committee that he would not target cannabis businesses that comply with individual states' marijuana laws." 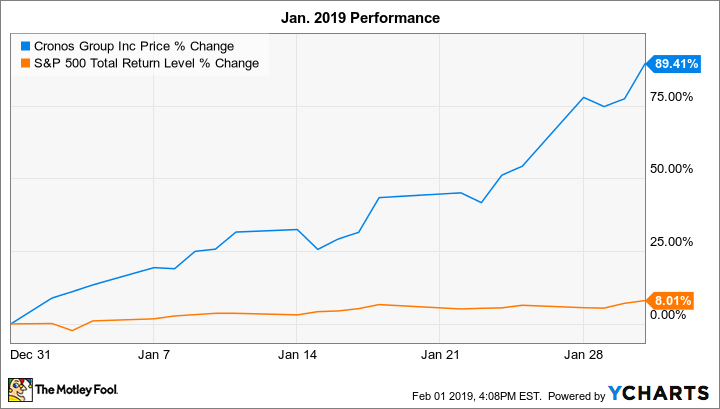 As I wrote last month, "Cronos became a more compelling player in the global cannabis market [in December]. Its $1.8 billion investment from Altria will enable the company to quickly ramp up its business."

That said, only investors comfortable with much risk and volatility should consider investing in Cronos or its peers, which are nearly all unprofitable and whose stocks sport sky-high valuations.