Please ensure Javascript is enabled for purposes of website accessibility
Log In Help Join The Motley Fool
Free Article Join Over 1 Million Premium Members And Get More In-Depth Stock Guidance and Research
By Dan Caplinger – Updated Apr 24, 2019 at 11:43AM

Merger and acquisition activity is picking up on Wall Street.

Monday saw a solid start to the week for the stock market, as the Dow Jones Industrial Average posted a triple-digit gain and the Nasdaq Composite managed to rise more than 1%. Earnings season continues to move forward, and many investors are looking to Tuesday's State of the Union address as an opportunity to see whether the Trump administration changes course with its plans following the Democratic takeover of the House of Representatives in January. Meanwhile, though, consolidation is taking hold in several key sectors of the economy, and many companies are seeing their share prices move dramatically in response to potential deals. Ultimate Software Group (ULTI), Cronos Group (CRON -3.75%), and Ellie Mae (ELLI) were among the top performers today. Here's why they did so well.

Shares of Ultimate Software Group soared nearly 20% after the cloud-based HR management platform provider said that it would go private. Ultimate announced a merger agreement with investors led by private equity company Hellman & Friedman under which Ultimate shareholders will receive $331.50 per share in cash. That puts an $11 billion price tag on Ultimate, and Hellman & Friedman will keep CEO Scott Scherr and his team in place following the transaction. The fact that shares are trading above the $331.50-per-share deal price shows that some are optimistic that a rival bid will emerge within the 50-day shopping period that Ultimate negotiated -- even though the 32% premium over the average trading price of the last 30 days was quite respectable. 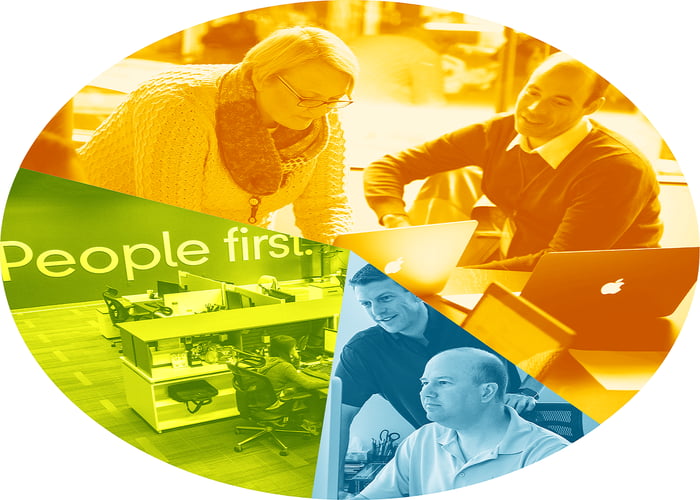 Cronos has never been higher

Cannabis company Cronos Group saw its stock rise another 12%, adding to huge gains in January. Even Friday's news that famed short-seller Andrew Left of Citron Research had decided to short Cronos following its massive run-up wasn't enough to pour cold water on the rally, as bullish investors continue to believe that the partnership between Cronos and Altria Group should be able to deliver big gains in the long run. Investors can be certain that Cronos shares will remain volatile for some time -- even if it's far from clear whether they'll keep soaring or fall to Earth as quickly as they rose.

Is Ellie Mae on the block?

Finally, shares of Ellie Mae climbed 10%. Speculation swirled on Monday that the mortgage software platform provider could be looking to negotiate a deal with a private equity company or other potential buyer. Stock analysts weighed in on both sides of the argument, with some arguing that a purchase is unlikely given the mortgage market's current challenges while others point to a timely opportunity to pick up the company cheaply. As long as the housing market picks up again eventually, Ellie Mae's software will be back in demand and help drive growth for the company and its shareholders.

How Solid Is Ellie Mae's Sale to Thoma Bravo?

Here's My Top Stock to Buy in November

Why Ellie Mae Is Tanking Today