The search giant invested over $25 billion in its business last year.

Alphabet (GOOG 1.56%) (GOOGL 1.90%) reported fourth-quarter earnings last night, and rising costs held back profitability. Subsidiary Google continues to plunge massive amounts of money into the Google Cloud business in an effort to catch up to rivals Amazon.com (AMZN 3.04%) and Microsoft (MSFT 0.07%) in the booming cloud infrastructure market. Alphabet's capital expenditures for 2018 skyrocketed, nearly doubling to $25.1 billion, with Google spending the vast majority of that total.

The search giant is also hiring aggressively, adding roughly 4,400 workers during the quarter. CFO Ruth Porat added that "the most sizable head count increases were in Cloud, for both technical and sales roles." 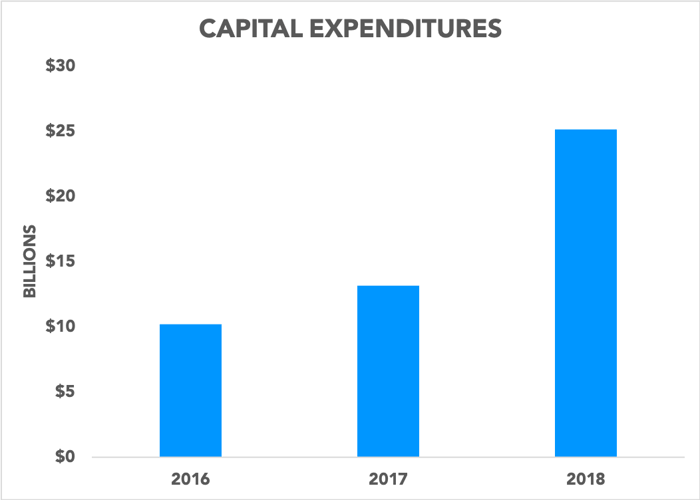 While Google does not directly disclose Google Cloud Platform (GCP) revenue, the platform was one of the growth drivers for Google other revenues, which jumped 31% to $6.5 billion. Google other revenues also includes things like digital content in Google Play and hardware.

Google Cloud closed out the year strong with momentum across the business. Last year, we more than doubled both the number of Google Cloud platform deals over $1 million as well as the number of multiyear contracts signed. We also ended the year with another milestone, passing 5 million paying customers for our Cloud collaboration and productivity solution, G Suite. Our focus on helping customers digitally transform their businesses is paying off. We continue to see strong growth in all our major geographies and industries this quarter. In financial services, we signed agreements with two of the top financial institutions in the U.S. to help them transition their business to Google Cloud with our highly secure solutions.

That's a notable milestone, but shows how far behind Google is compared to Microsoft: Office 365 is now approaching 200 million paying customers between commercial and consumer segments. 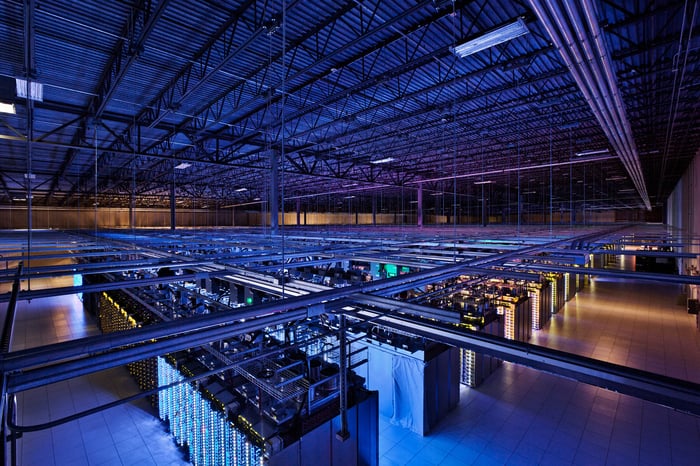 When pressed for more detail around GCP, Porat declined to elaborate beyond saying that GCP is "one of the fastest-growing businesses across Alphabet."

Capital spending will slow this year

Some of Alphabet's capital expenditures for last year were for office facilities, but the company is investing heavily in data centers and other infrastructure that serves as the backbone for GCP. Capital investments for the Other Bets segment have declined significantly, down to $181 million, mostly as the company has stopped rolling out Google Fiber.

Google has some catching up to do, and is spending accordingly.