Please ensure Javascript is enabled for purposes of website accessibility
Log In Help Join The Motley Fool
Free Article Join Over 1 Million Premium Members And Get More In-Depth Stock Guidance and Research
By Keith Speights – Updated Apr 19, 2019 at 10:09AM

Shares of Opko Health (OPK -3.46%) were tanking 19.6% as of 11:28 a.m. EST on Tuesday. The big drop followed the company's pricing of its offering of $200 million in convertible senior notes. Opko will also issue up to 30 million new shares in connection with the note offering to lend to Jefferies. Purchasers of the convertible senior notes will be able to borrow shares from Jefferies and sell those shares to create a hedge on their investments in the notes.

Companies issue convertible senior notes all the time to raise money without the transactions taking a significant toll on their stock prices. The problem for Opko Health came from its move to issue a large number of new shares in connection with its notes offering. 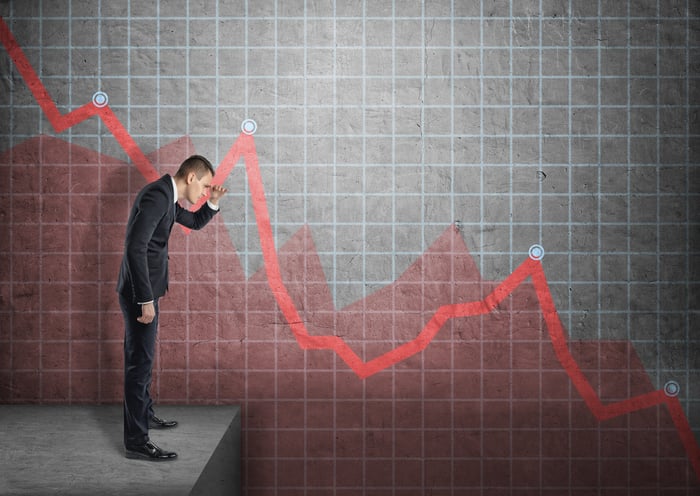 Issuing new shares caused Opko stock to tank primarily because it will dilute the value of existing shares. Opko's stock float -- the number of shares available for trading -- is around 309 million shares. Adding another 30 million shares to the mix makes all of those current shares worth less.

Investors also probably don't get a warm and fuzzy feeling from Opko's need to issue new shares to attract buyers for its convertible senior notes. Most note offerings don't require this kind of "sweetener" to make the deal attractive for buyers.

The transaction is a little complicated, but it reduces the risk for buyers of Opko's notes. An individual who buys the convertible senior notes could be hurt if Opko's share price drops over the next few years, making the option of converting the notes to Opko shares essentially worthless.

But the buyer of the notes can borrow shares from Jefferies (which in turn is borrowing the newly issued shares from Opko) and sell those shares, creating a short position in Opko. If Opko's share price falls, the buyer of the notes will be insulated from the negative impact on the value of the convertible senior notes because the short position will increase in value.

All of the problems created by Opko offering convertible senior notes and issuing new shares in connection with the move will go away if the company achieves strong growth that drives its share price up. However, the prospects for that happening don't seem to be very good right now.

Opko's revenue grew only 1.5% year over year in the third quarter of 2018. Its bottom line improved a little, but the company still posted a net loss of $0.05 per diluted share. Although several Wall Street analysts remain optimistic about Opko Health, most investors will probably want to stay away until the company shows that it can turn things around.