Shares jump even though the company reports weak results across the board and provides a downbeat outlook. What can explain the move?

The headline numbers from the quarter weren't pretty but they did outperform management's revised guidance range: 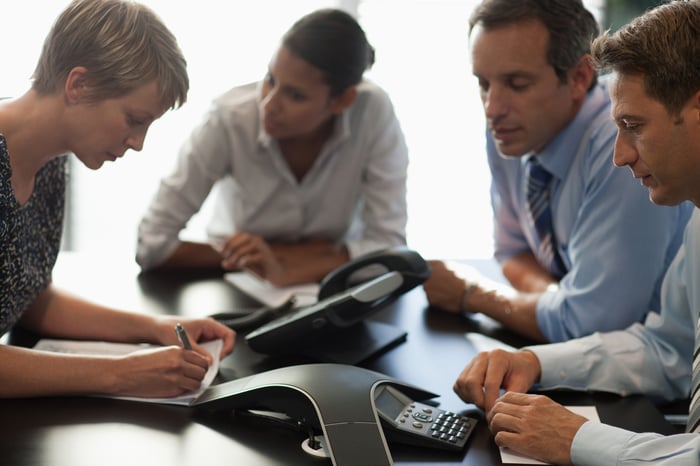 The weak results were largely blamed on softer-than-expected demand in the company's mobile products. Tough times are expected to persist in the fiscal second quarter, too:

So why are shares rallying today even though the company reported bad numbers in absolute terms and provided a bleak outlook? The most likely answer is that the stock had already fallen far enough leading up to the earnings announcement to price in even worse results. Shares were down by about a third from their 52-week high prior to the earnings release.

It also probably doesn't hurt that Skyworks bought back a record amount of stock during the quarter and authorized a new $2 billion stock-buyback program to take advantage of the weak share price.

While today's pop should provide some relief to Skyworks' shareholders, I have a hard time getting excited about owning this business. Revenue, margins, and profits are all under a tremendous amount of pressure right now, and the company is still heavily dependent on smartphone sales for financial success.

There is a counterargument to be made that Skyworks' huge buyback program, dirt cheap valuation, and long-term growth potential with the upcoming 5G rollout and Internet of Things ramp-up provide reasons to own this business. However, I'm a growth investor at heart, so I'm content to focus my time and attention elsewhere.