After-effects of an analyst's downgrade and a top rival's rejection of a takeover bid weighed on the Canadian marijuana stock.

Shares of Cronos Group (CRON -4.62%) dropped 7.7% as of 11:41 a.m. EST on Wednesday after sinking as much as 11.5% earlier in the day. Investors appeared to be digesting the downgrade of Cronos stock by GMP Securities yesterday from "buy" to "hold." Canadian marijuana stocks, in general, also fell as a group on Wednesday, in part due to Aphria's (APHA) board of directors rejecting a hostile takeover attempt by Green Growth Brands.

What does today's news really mean for Cronos Group? Nothing. Absolutely nothing. 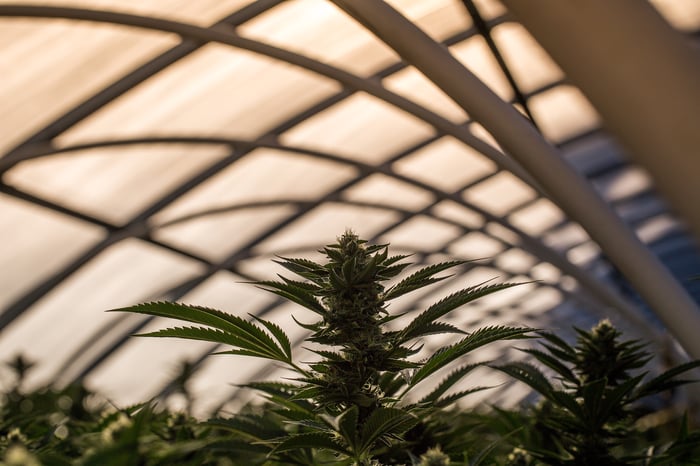 GMP Securities analyst Martin Landry admitted in his note to investors that his downgrade of Cronos wasn't based on any fundamental issues with the company. Actually, Landry continues to think that the company's prospects are very good. But he thinks that "shares need a breather" after Cronos Group's big run-up this year.

It's not surprising that many Canadian marijuana stocks fell after Aphria rejected the buyout bid by Green Growth Brands. You can look at the charts of these stocks and see that they often move as a group. However, Aphria's decision has nothing to do with Cronos. And it makes sense that Aphria rejected the acquisition proposal because the offer price was well below Aphria's current share price.

The downgrade to Cronos Group and the general pullback for marijuana stocks are basically just noise. Short-term traders pay attention to noise, but long-term investors are better off ignoring it.

Cronos Group's share price might take a breather, but the company won't. Cronos is busy ramping up in the Canadian recreational marijuana market and the global medical marijuana market. It's also eagerly awaiting the closing of the $1.8 billion deal with tobacco giant Altria.

These are much more important for investors to watch for Cronos Group than daily fluctuations in the stock price. You can probably count on continued volatility, though. Cronos Group's growth prospects look great, but its stock has high expectations for this growth baked in already. Any news -- good or bad -- could cause significant swings in Cronos' share price.