Norwegian oil giant Equinor (NYSE:EQNR) -- formerly Statoil -- has been playing it incredibly safe lately with its strategic plan. Rather than focus on growing production, the company has focused almost exclusively on squeezing every cost efficiency possible from its operating and capital spending. That focus on costs and improving returns worked out rather well this past quarter. While its net income result was a little lower than expected, the company is generating loads of cash and has improved its returns to some of the best among the big oil players.

Here's a brief look at the company's most recent results and what investors can make of Equinor's conservative approach to the oil and gas industry today.

This past quarter's earnings result benefited immensely from several one-time gains, the largest of which was a $1.19 billion gain in the valuation of its inventories and futures contracts. These kinds of fair value accounting gains are paper gains that don't affect how much cash is coming in or out the door at any given time.

Even after these gains are taken into account, this was a respectable quarter for the company. Earnings for its upstream segments suffered slightly from lower price realizations compared to the prior quarter, but it remained solidly profitable and generated more than enough cash to cover all capital spending and dividend payments for the quarter. It even had a considerable buildup in cash for the quarter that helped to lower its net debt load. 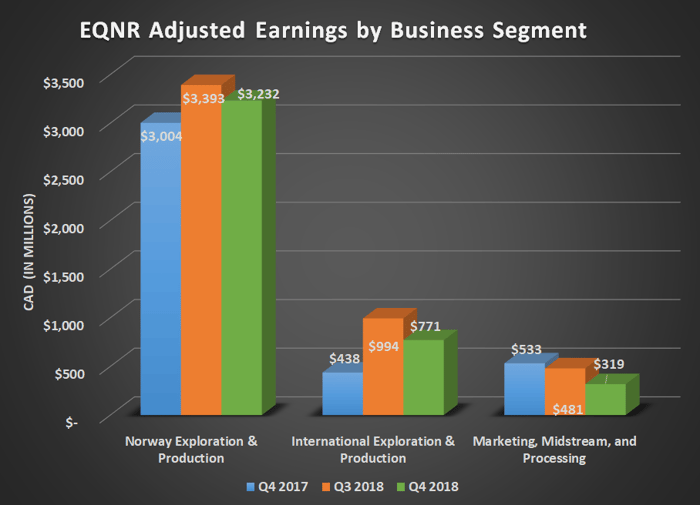 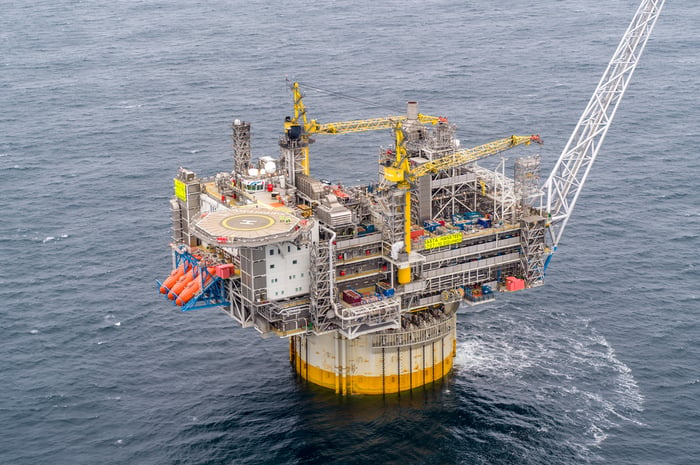 Equinor is already delivering industry-leading returns, and we expect to increase returns and cash flow even further going forward. We delivered record high production in 2018, and we are well positioned for profitable growth in the coming years. Internationally we are
increasingly taking the role as operator, and we are strengthening Brazil as a core area for Equinor. On the NCS [Norwegian Continental Shelf] we expect to deliver at a record high production level in 2025.

We have a strong and highly profitable portfolio of projects coming on stream toward 2025. In 2019 we will start production from Johan Sverdrup, which is expected to deliver a total production close to 300,000 barrels per day to Equinor at plateau, with a breakeven price below $20 per barrel.

We have over the past few years significantly improved our project portfolio and fundamentally strengthened our competitive position, creating a stronger and more resilient company. 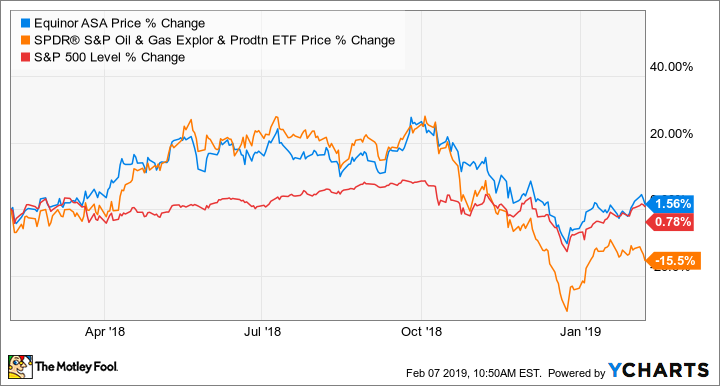 Equinor's investment thesis right now is one that accounts for a lot of uncertainty in oil prices for the coming years. Its plan for the next several years is to cut costs at its existing production platforms and to drastically lower its breakeven production cost. The current suite of projects set to go live between now and 2022 have breakevens below $30 a barrel, and management is targeting a return on capital employed of 14% by 2021. That doesn't sound that high, but for an oil producer these days it's quite good.

Investors looking for growth probably won't be too interested in Equinor's stock today. The only real upside for the stock is in higher oil prices. That said, its focus on getting the most out of each barrel and high rates of return mean that it should be able to return generous amounts of cash to investors. With its stock trading at a price-to-earnings ratio of 11 and a dividend yield of 4.5% pending shareholder approval, that could be an attractive income investment.