Please ensure Javascript is enabled for purposes of website accessibility
Log In Help Join The Motley Fool
Free Article Join Over 1 Million Premium Members And Get More In-Depth Stock Guidance and Research
By John Ballard – Updated Apr 22, 2019 at 10:12AM

Shares of CBS (PARA -2.49%) gained 13.3% last month, according to data provided by S&P Global Market Intelligence. CBS stock declined in late 2018 along with the broader market, but positive analyst comments in January buoyed the shares.

A few analysts upgraded the stock citing potential catalysts that could remove uncertainty overhanging the shares in recent months. Specifically, a MoffettNathanson analyst mentioned a possible merger with Viacom (NASDAQ: VIA) (VIAB) as a near-term catalyst. 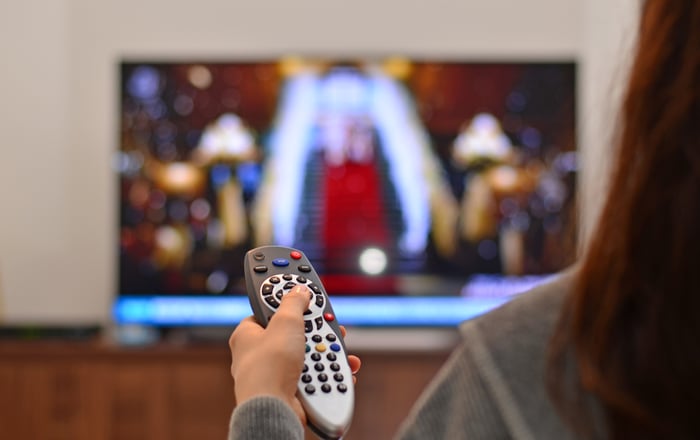 CBS stock has gone nowhere for five years, as the company struggles against cord-cutting and the consumer shift to digital streaming services. Recently, shares have been weighed down by rumors that the company will merge with former corporate sibling Viacom. The two companies split in 2006, but analysts think they could potentially rejoin in 2019.

Investors don't like the idea because CBS is poised to perform well over the next few years. The ramping-up of the 2020 election cycle should spur revenue growth from increased ad spending. Additionally, CBS' streaming services, including Showtime and CBS All Access, are expected to attract 8 million subscribers by the end of 2019.

However, a possible merger could overshadow the effects of these catalysts. One analyst with Stephens upgraded CBS stock recently, while noting that a merger of Viacom and CBS would be a positive for Viacom, but a negative for CBS, since the latter is more profitable.

Nonetheless, the analyst with MoffettNathanson thinks that an announced merger between the two companies would clear the clouds over CBS stock, allowing shares to trade higher.

CBS is without a CEO after Leslie Moonves resigned over violations of company policies last year. An announcement of a new CEO would help the company, and represents an additional catalyst in the short term.

CBS will report fourth-quarter earnings on Feb. 14. Analysts expect the company to report revenue of $4.19 billion, representing growth of 6.7% year over year. Adjusted earnings are expected to grow 27.5% year over year to reach $1.53 per share.