Shares of Hanesbrands (NYSE:HBI) were surging today after the maker of apparel basics reported strong fourth-quarter results, topping analyst estimates across the board. As a result, the stock was up 19.2% as of 2:10 p.m. EST.

Hanesbrands, which also owns brands like Champion, Playtex, and Maidenform, said revenue was up 7.5% in the quarter to $1.77 billion, easily beating expectations at $1.71 billion, as constant-currency organic sales increased 6%. 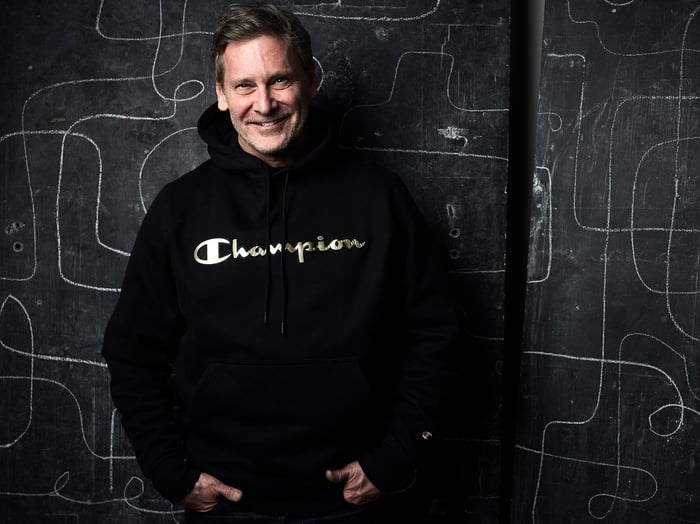 While innerwear sales were flat, activewear and international boosted adjusted operating profit up 10%. Adjusted earnings per share, however, fell from $0.52 to $0.48, ahead of expectations at $0.46, but that was due to a higher tax rate from a year ago. Adjusting for that, EPS was up 12%. The company also reduced its debt load by $403 million to $3.8 billion.

Hanesbrands is known as a slow-growth, defensive, dividend-paying stock, so 7% revenue growth is unusually strong for the company. If the apparel maker continues to see solid growth from Champion and the international segment, I wouldn't be surprised to see it top its 2019 forecast.