Please ensure Javascript is enabled for purposes of website accessibility
Log In Help Join The Motley Fool
Free Article Join Over 1 Million Premium Members And Get More In-Depth Stock Guidance and Research
By Ashraf Eassa – Updated Apr 15, 2019 at 11:30AM

Here's what management of the game giant had to say following a rough earnings report.

The company's revenue performance in the third quarter missed expectations due to "significant challenges," and according to EA CEO Andrew Wilson, the company's betting that those challenges "will continue to impact our performance in Q4, which has led us to lower our full fiscal year net revenue guidance today." 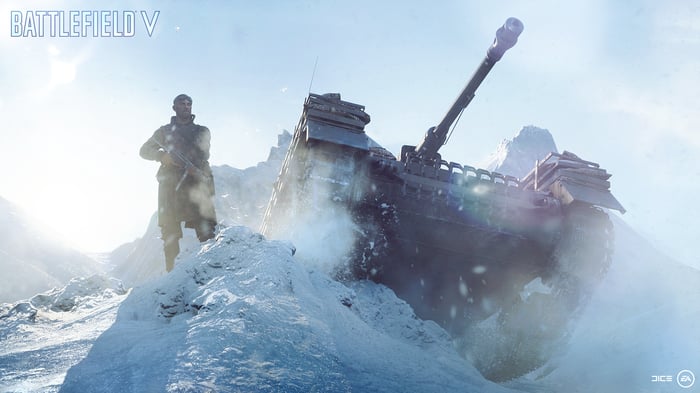 To better understand what's going on, let's take a look at three additional things that EA's management had to say on the company's most recent earnings call.

1. What happened with Battlefield V?

During the call, Wilson explained that for its flagship first-person shooter title, Battlefield V, the company "made some decisions on launch timing and key features of this game that we felt would improve the quality of the experience," which led to the game being delayed into November. That move seems to have been costly for the company.

According to Wilson, "the later release date meant the game launched deeper into a competitive holiday window where heavy price discounting was a big factor."

Wilson also admitted that EA "made the decision to prioritize other features, including a single-player experience at launch" rather than the battle royale game mode. Since, as Wilson said, "battle royal modes became incredibly popular in shooter games," this negatively impacted the performance of the title in the marketplace.

"As a result of these decisions, we struggled to gain momentum and we did not meet our sales expectations for the quarter," Wilson said.

According to the executive, the company is planning to launch a new game mode for Battlefield V, called Firestorm battle royale that he claims "will be a unique take on the royale genre, integrating unique battlefield characteristics including strategic squad gameplay, varying objectives, and vehicles."

We'll see if that latest update can breathe some new life into Battlefield V.

It's important for major game publishers to have strong positions in the mobile gaming market, particularly considering that it's a large part of the overall gaming market. (According to a 2018 report from Newzoo, 51% of the $137.9 billion gaming market came from mobile gaming.)

Wilson claimed that, although the "mobile market is strong and expected to continue growing nearly 10% next year," business dynamics "have become increasingly challenging" in the world of mobile games. He explained that it's "harder than ever for new games to break through," noting that "the average age of top 20 titles is greater than three years old" and conceded that the company's latest mobile game, Command & Conquer: Rivals, hasn't gained the traction that the company had hoped it would.

Looking out longer term, Wilson outlined the actions that the company is taking to improve its performance in the mobile game market. These actions include "doubling down on these games through live services," as well as "putting [EA's] best teams on bigger projects and exploring additional ways to create and iterate quickly."

"We have always focused on profitability in mobile, and we are evolving to better position ourselves for growth in the future," said Wilson.

During the call, analyst Tim O'Shea asked management to explain its expectations around "the right mix of business models going forward," in reference to free-to-play titles and full-price games. EA CFO Blake Jorgensen indicated that there's room in the industry for both types of games over the long term.

EA clearly hit a speed bump last quarter and things look like they'll continue to be subdued in the current quarter. However, for investors who believe in the company's portfolio of game franchises and think that management will take the appropriate action to course correct, the fact that EA stock is down so much from the peak could prove to be a buying opportunity.