Content delivery veteran Limelight Networks (EGIO) reported fourth-quarter results at the end of January. Break-even earnings per diluted share on revenues of $44 million matched up almost exactly with a downbeat guidance update issued in December. The stock crashed hard on the guidance cut but has since climbed back to where it was before that gloomy release.

The earnings release and the conference call that followed will give you a good feel for Limelight's current and upcoming business, but they didn't tell the whole story. Limelight CFO Sajid Malhotra gave me a few minutes of his time on the phone, covering many details that never made it into the official communication channels.

Here are the five most valuable insights the CFO shared with me. 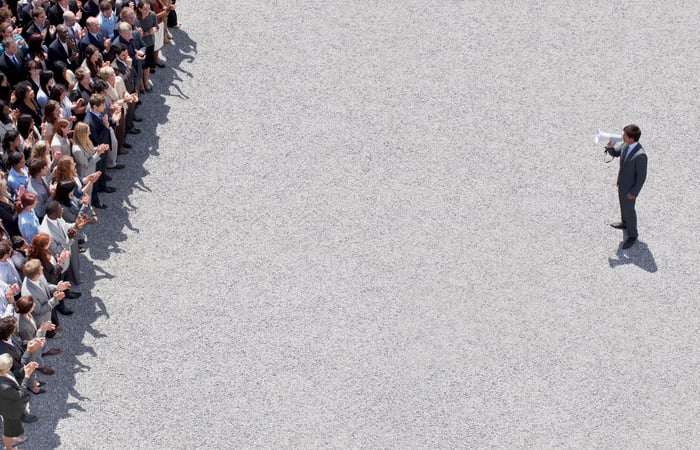 1. Yes, that was a bad quarter. No, investors shouldn't panic.

One, we operate in a hot sector and two, people are kind of wondering since the stock got smashed -- can it recover and is the story intact? Was it just this quarter? Is there some problem with the house or with the neighborhood? And we are trying to tell people that the neighborhood is awesome and our house needed some work and we have it under control.

In other words, Limelight took some lumps in the fourth quarter, but the long-term business opportunity remains intact. Mr. Malhotra likes the long-term growth prospects in the content delivery market, and he would argue that this weak quarter was a rare speed bump along the road to bigger and better things.

2. Limelight is getting aggressive

The plan seems like the most aggressive one you've seen from us in our 10-year history. We've never talked about growth or improving profitability like this.

Management expects adjusted earnings to land between $0.10 and $0.20 per share in 2019, up from $0.12 in 2018. The company's bottom-line improvements were more about reducing losses than increasing earnings for many years but are now turning into clear-cut profitability boosts.

On the top line, Limelight suffered shrinking revenues for many years but now expects a 12% year-over-year gain in 2019. That would be the strongest sales growth this company has recorded since 2010.

3. Don't call it a comeback

To be clear, that positive trajectory started in 2015 and 2016. Investors who tapped this stock three years ago have enjoyed a 140% return so far amid steady improvements across Limelight's financial platform. The optimistic next-year guidance really shouldn't come as a surprise against that fruitful slice of recent history.

The highest-quality traffic for us comes in a couple of different flavors. It's video-related, whether it's live video or stored video, and more recently it's ultra-low-latency video streaming. Our capabilities in video delivery are pretty strong so we have focused on that kind of content. We continue to very judiciously view what kind of traffic we take on and at what prices, and what we don't want to take.

These are not cookie-cutter services, easily replaced by industry rivals or by a client's in-house infrastructure. Limelight is focusing on the development and implementation of high-quality media-delivery services with unique selling points such as low latency and scalable video streams in many different formats. The price wars of years gone by have turned into a battle over service quality, and Limelight is performing well enough in these battles to leave some lower-margin contracts on the table.

5. How important is Fortnite?

We are part of the Fortnite story when Epic Games delivers game updates. Fortnite is one of the biggest game downloads there is but it doesn't happen every day or three times a day. For 12 hours or 24 hours after every new release, we deliver a very high amount of downloads and then it goes away for a few weeks or a few months. If you compare that to someone like Amazon (AMZN -0.12%) Prime Video, for whom we deliver video streams, that is more consistent hour after hour, day after day, in multiple parts of the world.

So the biggest video game in years does have a place in Limelight's client portfolio, but the stop-and-go data traffic that it produces isn't a game changer for this company. Simple game updates fall in the lower-margin business bucket for Limelight. It's certainly a welcome revenue stream but not a wildly profitable one. That's why the company is turning its attention to more demanding fare such as video streaming.