The big problem with Skechers (NYSE:SKX) over the past year has been costs. The footwear company has been ramping up spending to support its growth in international markets, particularly China, as well as to build out its direct-to-consumer business. The result has been sluggish profit growth, and even the occasional profit decline, despite solid sales growth.

During the second quarter of 2018, Skechers grew sales by more than 10% year over year but suffered a 24% decline in earnings per share, driven by a 20% increase in operating expenses. Third-quarter sales grew 7.5% year over year, but EPS declined slightly as cost growth once again outpaced revenue growth. 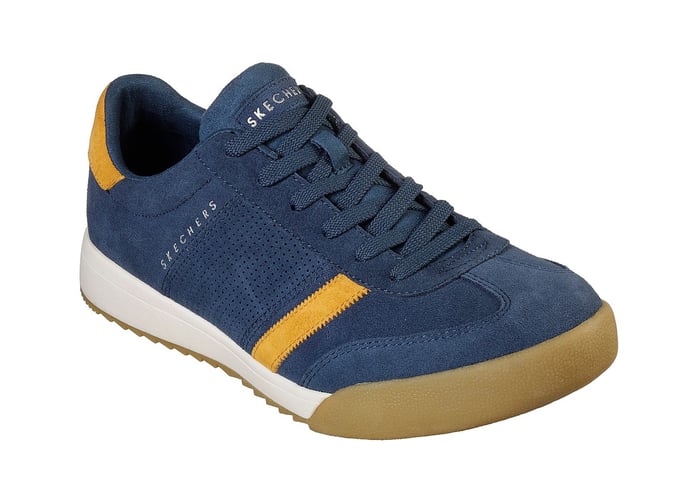 Skechers produced earnings per share of $0.31 in the fourth quarter, up a whopping 48% year over year. That number beat the average analyst estimate by $0.09, and it allowed the company to report adjusted EPS growth of about 8% for the full year.

Three things drove the earnings beat. First, Skechers grew revenue by 11.4% year over year. The international business was responsible for most of that growth, with international wholesale revenue up 18.4%. The domestic wholesale business also grew, posting a 4.8% sales increase.

Second, Skechers improved its gross margin. Gross margin clocked in at 47.7% in the fourth quarter, up from 46.8% in the prior-year period. Improved retail pricing in the U.S. and product-mix changes were partly offset by foreign currency exchange rates. With total international revenue accounting for more than half of revenue, Skechers' results are sensitive to currency fluctuations.

Skechers' expansion in China was responsible for $8.8 million of that expense growth, and costs associated with new retail stores accounted for another $9.4 million. Skechers had 47 additional company-owned stores to support in the fourth quarter compared to the prior-year period, and it opened 11 new stores in the final three months of the year.

Skechers expects to produce first-quarter revenue between $1.275 billion and $1.300 billion, up 3% year over year at the midpoint. Sales will be hurt by currency, so the growth rate at constant currency will be higher. Sales will also be negatively affected by a shift in sales to the second quarter due to the timing of Easter: The holiday was on April 1 in 2018, but it will be nearly three weeks later this year.

Earnings per share are expected to fall between $0.70 and $0.75 in the first quarter. That compares to $0.75 in the prior-year period, but that comparison comes with caveats. The first quarter of 2018 included a $0.07 per-share discrete tax benefit related to the Tax Cuts and Jobs Act which won't repeat this year, as management explained on the earnings call. The guidance also includes an impact from investments in India but not expected benefits from the company's pending joint venture in Mexico. Backing out the tax benefit last year, EPS will grow by between 3% and 10% year over year.

Skechers' costs will continue to head higher as the company expands its retail presence and continues to invest in growth. But for now, the earnings malaise appears to be over.