Up 262% over the trailing two-year period, this REIT is entering the United States' most lucrative cannabis market.

The marijuana industry is budding before our eyes. At this time last year, the cannabis was industry was still considered somewhat taboo, but it is no longer. In October, we saw Canada become the first industrialized country in the world to legalize recreational cannabis. In November, a handful of U.S. states gave the OK to weed in some capacity during midterm elections. And in December, President Trump signed the Farm Bill into law, making hemp and hemp-based cannabidiol products legal.

All of this means one thing: The cannabis industry is here to stay. And with the industry now considered legitimate, sales expectations are going to soar. According to a co-authored report from Arcview Market Research and BDS Analytics, global weed sales could more than double from an estimated $12.8 billion in 2018 to $31.3 billion by 2022. 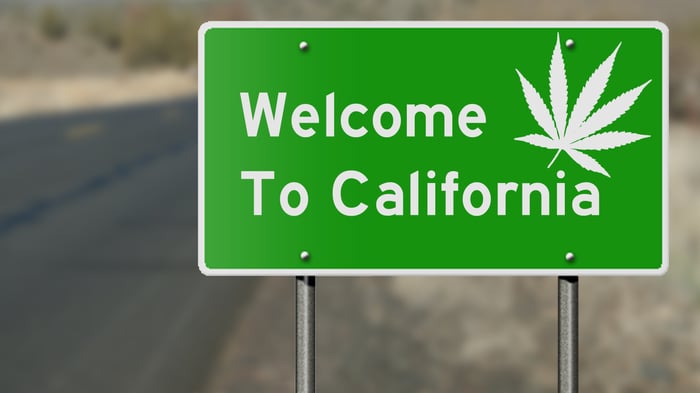 A REIT is a company that purchases land and facilities within a specific industry or sector and then leases these properties out for extended periods of time, attempting to profit off the long-term income stream. Eventually these assets can be sold for a profit many years down the road, and the cycle of reinvestment can begin anew.

When it comes to Innovative Industrial Properties, all of the same rules apply. The only difference is that it's focused on purchasing land and assets tied to the cannabis industry in the United States. In many cases, it's purchasing cultivation and/or processing facilities that are ready for production. But it's also acquired land with the expectation of reimbursing its tenants for upgrades to existing facilities, or the construction of new facilities. As of Feb. 8, the company has invested $156.3 million in aggregate to acquire its properties, with another $22.6 million earmarked for reimbursement to cover various construction and improvement projects for tenants.

Entering this month, this top marijuana REIT was operating 11 properties in nine states. But, amazingly, it didn't own a cultivation facility in a state with roughly the same sales potential as all of Canada by the early part of the upcoming decade: California. On Friday, Feb. 8, that changed. Innovative Industrial Properties' $6.7 million purchase of 43,000 square feet of industrial space in Sacramento moved this burgeoning real estate company into the Golden State. IIP, as the company is also known, will also be reimbursing its tenant up to $4.8 million for the redevelopment of the building. Thus, IIP now has a dozen properties spanning 10 states. 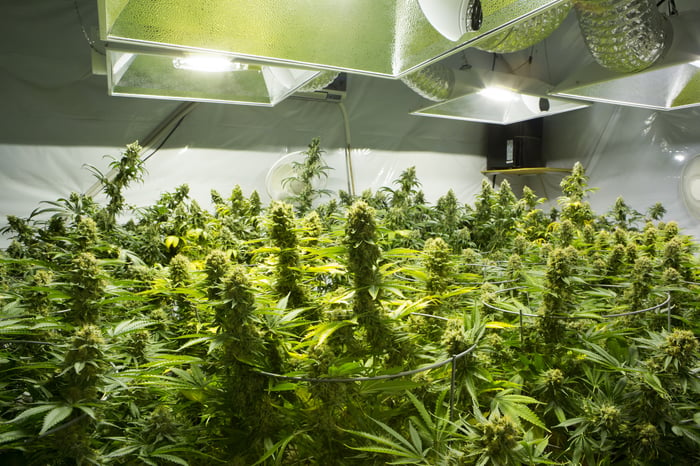 Why Wall Street can't get enough of this cannabis REIT

Although pot stocks had a rough fourth quarter and a generally mixed 2018, this wasn't the case for IIP. In fact, looking back over the trailing two-year period, shares of the company have soared 262%. Even with an aggressive forward price-to-earnings ratio of 33, which is pretty high for a REIT, investors are willing to overlook its valuation because of a number of factors.

For starters, IIP's leasing contracts are made for the very long term. Each of its dozen properties have been leased out for periods of between 15 and 20 years, with options to extend these leases by five years. Having such a long runway for cash flow generation leads to predictable revenue each year -- and Wall Street loves predictability.

Innovative Industrial Properties also includes provisions in its lease contracts that ensure it stays ahead of the inflation curve. Each year, a 3.25% rental increase is passed along, and the company collects a 1.5% management fee based on the total rent of the property. Thus, IIP has a means to grow its revenue without making new acquisitions.

Investors probably also appreciate the company's average current yield on invested capital of 15.2%. Put in another context, it's going to take less than five years for this top marijuana REIT to recoup its invested capital, with everything else being gravy.

And did I mention that IIP also pays a dividend? To achieve REIT status and avoid being taxed like a traditional company, REITs are required to return a significant portion of their earnings to shareholders in the form of a dividend. Since going public, IIP has increased its quarterly dividend twice and is now paying out $1.40 a year, good enough for a 2.3% yield. 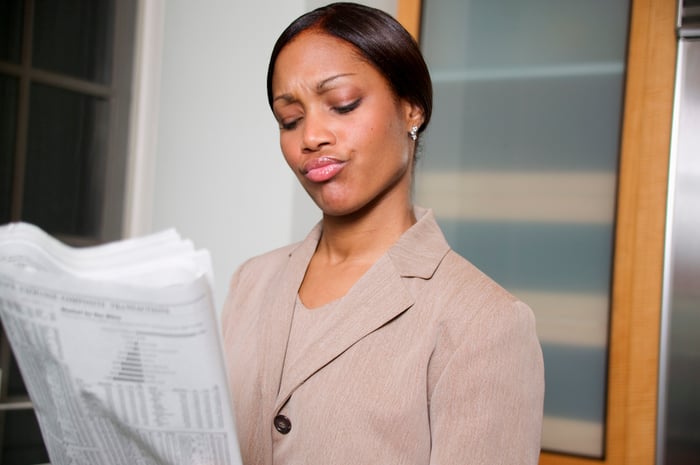 Entering 2019, I listed Innovative Industrial Properties as one of my top marijuana stocks for the year. It hasn't disappointed, with its shares having gained 42% year to date through Feb. 8. However, following such rapid gains in a short amount of time, I'd certainly caution that investor expectations moderate a bit.

One thing investors have to remember is that a cannabis REIT like IIP doesn't generate near enough in free cash from operations to go out and buy new properties. Rather, like most REITs, it's going to sell common stock to raise capital. The hope, of course, is that this money will be used wisely to generate a healthy return on investment, which IIP has done a great job of, so far. But issuing new stock can dilute existing shareholders and weigh down the company's adjusted funds from operations per share, which is the figure most pundits focus on.

At some point, the company's valuation could come into play, too. As noted, its forward P/E ratio is very aggressive for a company that'll probably only see organic revenue growth of about 3.5% to 4% annually, taking into account its rental increases and slight uptick in management fees as a result. Acquisitions and emotions can certainly be short-term drivers for this company, but fundamentally focused investors may soon get a bit worried with IIP's lofty valuation.

Don't get me wrong: I'm still a fan. But I'd once again suggest that investors moderate their expectations, because IIP's stock simply can't keep up this torrid pace forever.