Management talks price increases, its plans to invest further in journalism, and more.

The New York Times Co. (NYT -0.63%) just wrapped up 2018 with a strong finish, evidenced by its recently released fourth-quarter and full-year results. Fourth-quarter revenue surged past analysts' estimates to $503 million, up 3.8% year over year despite an extra week in the year-ago quarter. This momentum was fueled by more net new digital subscriptions than in any period since the quarter following the 2016 election.

Investors loved the results. The stock jumped 13% on the day after the report and shares are now up 40% year to date. Can the company keep up its strong performance?

To get a good pulse on The New York Times' business, here are some key quotes from the company's earnings call, including a look at the company's planned price increase, management's new target to get to 10 million subscribers, and more. 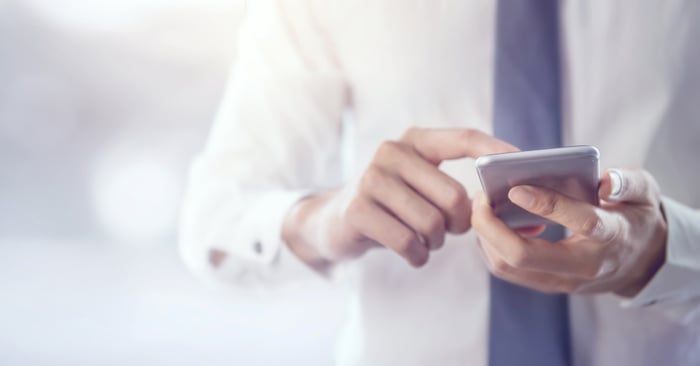 A price increase is coming

New York Times CEO Mark Thompson said the company is planning a price increase, noting that it will "begin to field test the price rise for digital subscribers in the early part this year."

I think it's worth noting that we have not raised prices in digital in seven and a half years since the launch of the model. And that we ... we believe there's an opportunity to do so, particularly as we continue to invest in the journalism and to invest in the product itself.

Getting to 10 million subscribers

With $709 million in 2018 digital revenue, The New York Times looks poised to easily hit its goal of $800 million in annual digital revenue by the end of 2020. This prompted management to set a new goal to grow its subscriptions from 4.3 million today to more than 10 million by 2025. But as one analyst pointed out during the company's earnings call, achieving this target implies a slight acceleration in the number of subscriptions the company will need to add every quarter.

The target -- hitting the target depends on a further acceleration model ... [W]e think that's about putting more money and giving more support to our journalism. It's about improving the engagement and the product experience, it's about optimizing the pay model of the customer journey, and it's getting smarter and using more resources to effectively market both brand marketing all the way down to direct conversion marketing.

Management also noted that it believes there's significant upside for subscriber growth for its core news product both domestically and internationally.

Key to management's plans to accelerate its subscriber growth compared to growth seen in recent years is the company's plan to beef up its journalism staff. This has helped subscriber growth in the past, particularly in 2018, and management believes it will help in 2019 and beyond as well.

To achieve that, we want to broaden and deepen our journalism still more, to further enhance our leading position in investigative reporting, to continue to support the renaissance of opinion, to explore new ways in audio, visual, and multimedia, of telling the most important stories of the day.

The New York Times has already been hiring aggressively on this front, adding 120 new journalistic positions in 2018, bringing total journalists to 1,600 -- a high-water mark for the company.

To take its journalism to the next level, the company will keep adding to its journalistic staff in 2019, Thompson said.