Please ensure Javascript is enabled for purposes of website accessibility
Log In Help Join The Motley Fool
Free Article Join Over 1 Million Premium Members And Get More In-Depth Stock Guidance and Research
By Jeremy Bowman – Updated Apr 10, 2019 at 9:38AM

After a 17-month, nationwide process, the tech giant's search for a second headquarters ends in embarrassment.

Three months after selecting New York City for half of its second headquarters, dubbed HQ2,  Amazon (AMZN 3.15%) said today that it is backing out of the deal, adding that it would not search for another location at this time.

Amazon had forged an agreement, which had included $3 billion in tax incentives over 10 years, with New York Mayor Bill De Blasio and Gov. Andrew Cuomo before announcing New York's Long Island City, Queens, neighborhood as one of two HQ2 winners. However, a steady backlash since the announcement from the city council and state representatives, in particular Long Island City's representatives, and waves of protests from Amazon's would-be neighbors caused it to scotch the deal.

In a statement, Amazon said:

After much thought and deliberation, we've decided not to move forward with our plans to build a headquarters for Amazon in Long Island City, Queens. For Amazon, the commitment to build a new headquarters requires positive, collaborative relationships with state and local elected officials who will be supportive over the long-term. While polls show that 70% of New Yorkers support our plans and investment, a number of state and local politicians have made it clear that they oppose our presence and will not work with us to build the type of relationships that are required to go forward with the project we and many others envisioned in Long Island City.

Amazon's decision means it will no longer be remaking a New York neighborhood or bringing 25,000 jobs to the area, as it had promised. But there are several other realizations for investors and other big corporations to take away from this saga. 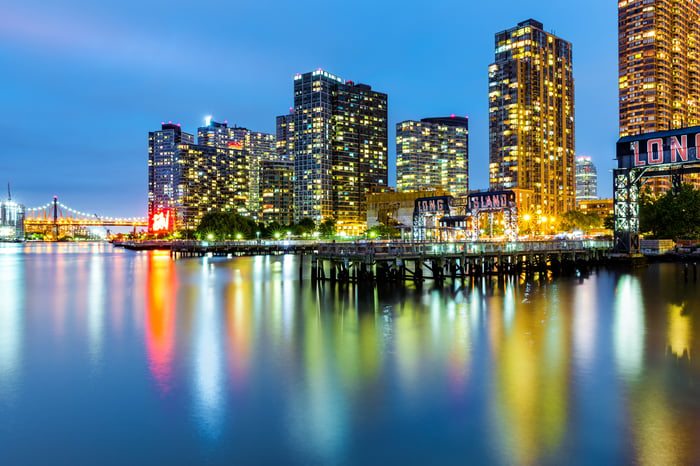 1. Amazon's reputation is far from bulletproof

Amazon loves to call itself Earth's most customer-centric company, and indeed customers do love the e-commerce giant. It regularly ranks at or near the top in customer satisfaction surveys. For the last three years, it's been No. 1 in the Harris poll on corporate reputation. It was even named the second-most trusted institution in the country -- behind only the military -- in a poll by Georgetown University and NYU researchers.

However, those that know Amazon best aren't so enchanted with it. Amazon has stirred up controversy in its home in Seattle for driving up real estate prices, being a bad corporate citizen, and tangling in local politics like when it helped kill a local "head tax" meant to be imposed on large employers.  Seattle lawmakers even traveled to New York to warn their counterparts about the drawbacks of hosting the tech giant.

Amazon's front-line warehouse workers also aren't so fond of their employer. Horror stories abound, including rumors that workers are unable to take bathroom breaks or that ambulances are frequently called to rush overworked employees to the hospital.

Amazon responded to criticisms of worker abuses by raising minimum wages to $15/hour late last year, but its reputation as an abusive employer and a bad neighbor has persisted, and had a direct effect on the opinions of New Yorkers who opposed the deal. One particular fight emerged when Amazon said it would fight any attempt to unionize its Staten Island warehouse.

Notably, Walmart (WMT 1.65%) was blocked from opening a store in New York in 2011, in part, because of its opposition to unions.

2. Corporate welfare has a limit

Amazon isn't the only corporation that's faced a backlash for courting handouts from cities and states. Many have questioned Wisconsin's decision to give $4 billion in tax breaks over 15 years to Foxconn, the Chinese electronics manufacturing giant, in exchange for opening a new plant outside of Milwaukee and adding 13,000 jobs.

After the deal was reached, Foxconn said it would only add white-collar jobs as it no longer made sense to do manufacturing at the new plant. Pressure from President Trump seems to have caused the company to reverse that decision as it now says it will produce LCD TV screens at that facility.

The $3 billion in giveaways Amazon scored from New York formed the crux of the debate over the now-dead headquarters as many New Yorkers, who pay some of the highest taxes in the nation, were disgusted by billions in giveaways to one of the biggest companies in the world, run by the world's richest person. Cuomo insisted that Amazon was only taking advantage of existing business development programs, but that did little to convince the naysayers.

3. The HQ2 contest was a bad idea to begin with

No other company has ever pulled a stunt on a scale of the HQ2 contest Amazon announced in 2017. Promising 50,000 new jobs and $5 billion in investments, the tech giant received hundreds of bids from cities and regions across North America, inspiring comparisons to the TV show The Bachelor.

Many hoped that Amazon would use the opportunity to revitalize a hollowed-out city like Detroit or Newark, but in the end, the company chose the nation's two power centers, New York and Washington, D.C. Its other selection in Arlington, Va., has been approved with little pushback, but the company is receiving much less in incentives, just $573 million in performance-based direct incentives, and chose a neighborhood better suited to a corporate headquarters.

By choosing New York and D.C., Amazon led to many to think that the contest was a sham set up so Amazon could get reams of proprietary data -- on things like traffic patterns, income levels, employment, and development projects -- that could inform its future expansions and budding logistics and delivery business.

In the future, Amazon may want to take a cue from Alphabet (GOOG 2.70%) (GOOGL 2.62%) and Apple (AAPL -1.26%), fellow tech giants that have recently announced expansions without the Hunger Games-like spectacle. Alphabet is currently in the midst of a Manhattan expansion that could add more than 12,000 jobs. Apple, meanwhile, said it was opening a new campus in Austin, Texas, that could eventually employ 15,000.

Had Amazon taken a more conventional approach and come to New York directly and openly, it likely would have gotten what it wanted.