Please ensure Javascript is enabled for purposes of website accessibility
Log In Help Join The Motley Fool
Free Article Join Over 1 Million Premium Members And Get More In-Depth Stock Guidance and Research
By Daniel B. Kline – Updated Apr 16, 2019 at 9:46AM

Yes, retail chains are closing stores, but you need to look at why to understand what's really happening.

Just because it's cold today does not mean that global warming isn't real. Weather isn't climate and a chilly day (or even an unexpectedly cold season) does not mean much in the big-picture science behind climate change.

The same can be said for the predictions of retail apocalypse you see everywhere. Stores are closing -- and a new report from Coresight forecasts that number to grow year-over-year -- but blaming those closures on the rise in digital sales ignores what's actually happening (and some basic math).

Digital retailers have exposed how poorly many brick-and-mortar chains are run, forcing a number of them to close stores or even go bankrupt. That's not happening because consumers have chosen digital over physical. Instead, shoppers have more choice and they can now more easily opt out of shopping at brick-and-mortar chains that do a bad job. 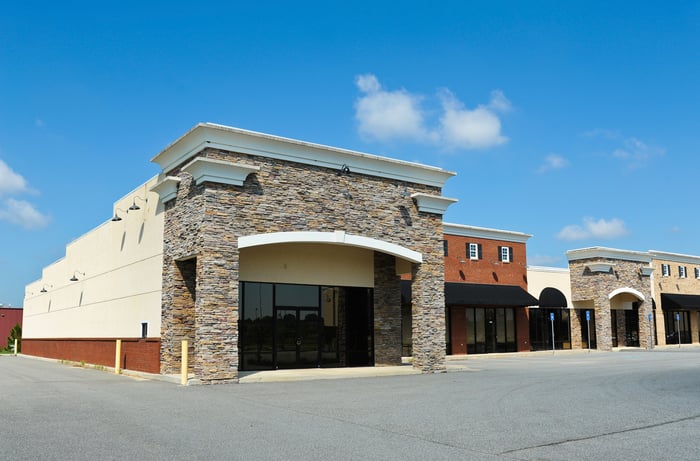 Just because some stores are closing does not mean that there is a retail apocalypse. Image source: Getty Images.

Take a look at which chains have closed

Retailers that have embraced the current market dynamics like Best Buy (NYSE: BBY), Target, and Walmart have thrived. These chains acknowledged that digital rivals changed the game. Best Buy, which was at one time at risk of being driven out of business by Amazon, changed its business in numerous ways (none of which included significant store closures).

The electronics retailer made its stores into destinations by adding store-within-a-store shops for major brands and focusing on growing its service business. It also adjusted its prices because consumers might pay a little more for an HDMI cable to have it now, but they won't pay two or three times what Amazon charges, even if that means waiting two days for it.

In addition, Best Buy, along with the other successful retailers mentioned above have embraced omnichannel retailing and they use their stores as a major part of fulfillment. A Best Buy customer might buy online and pickup in store or buy online and return in a store. The company might also fulfill a digital order from a store. To make the logistics of all this work has taken significant investment.

Best Buy made that investment and it's thriving while its not-so-dearly departed rival Radio Shack still operated as if the internet did not exist. That's something you could accuse many other "retail apocalypse" victims of doing, including Sears, J.C. Penney, Sports Authority, and so many others.

Store closures actually fell in 2018 when 5,524 stores were shuttered compared to the previous year when the lights went out at 8,139, according to Coresight. In 2019, Coresight said 2,187 stores have already been closed, up 23% compared to the same time period last year. That figure was released before reports came out Thursday that Payless ShoeSource is planning to close its 2,300 stores when it files for a second bankruptcy later this month.

Those numbers don't factor in that brick-and-mortar locations -- at least at well-run chains like Best Buy -- help facilitate digital sales. A need remains for physical retailers. Demand, while it's not growing as fast it is on the digital side, will continue to increase. It's not a retail apocalypse. It's a culling of weak, poorly run retailers which did not embrace the changing needs of consumers.