Consider two opposing ends of a spectrum. On one end, you have an event from earlier this month in Atlanta: the Super Bowl. Tens of thousands of fans attended in person, with hundreds of millions tuning in on TV. It included a pyrotechnic half-time show with Maroon Five. On the other end of the spectrum, you have your annual family barbecue.

Between these two events exists a vast array of live, in-person events: trade shows, music festivals, fundraisers -- the list is endless. Eventbrite (NYSE:EB) estimates that last year, in the company's top 12 markets, there were 1.1 billion tickets to be sold for such events, with associated fees of $3.2 billion. 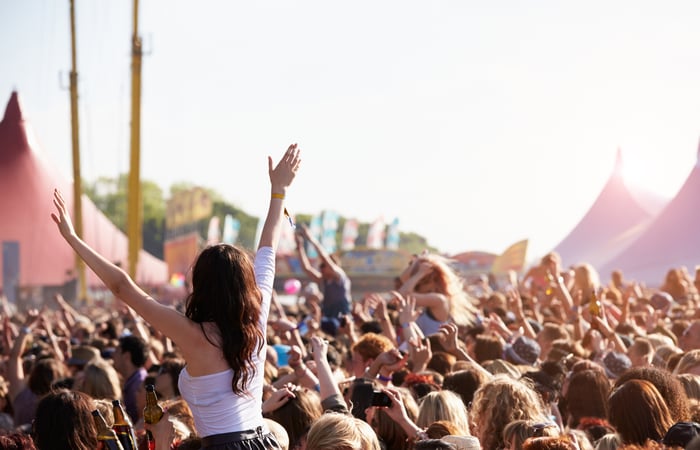 Founded in 2006 by a husband and wife team with a mission "to bring the world together through live experiences," Eventbrite is going after this market opportunity between the two extremes. The company has shown impressive growth in recent years, and has achieved positive free cash flow -- no small feat for such a small company that only went public in September 2018.

But does that make its a stock to buy? Let's look under the hood at the dynamics at play.

Eventbrite's value proposition is simple: It offers a cloud-based platform that helps anyone run an event. Not charging anything for your event? Just want to get the word out? No problem, you can use Eventbrite for free -- the company only gets paid on a per-paid-ticket basis.

Once you graduate to charging for events, you can choose from one of three packages:

Those who run events have flocked to the site. In 2013, Eventbrite sold 17 million tickets to events. In less than five years, that number has jumped all the way to 93 million.

One look at the headline metrics worth watching shows a company that's clearly caught lightning in a bottle.

In addition to these feats, the company also generated $21 million in free cash flow in 2017, though its spending spree on sales and marketing as well as product development over the past year brought that metric back into the red.

Eventbrite sports a war chest -- including long- and short-term investments -- of $510 million, versus debt of just $68 million. That's important, as it gives management the flexibility to acquire smaller rivals to help consolidate this global market.

Speaking of management, Eventbrite is still run by that husband-and-wife team: Julia and Kevin Hartz. Kevin's background includes co-founding Xoom, a payments solution that was acquired by PayPal in 2015, while Julia's background is in network television. Kevin served as CEO for much of the company's life before it went public, and is now chairman of the board. Julia filled his shoes in the C-Suite, and now runs day-to-day operations as CEO. Together they own 14.7% of the company's Class B shares, and one-sixth (16.6%) of voting rights.

With such momentum, financial fortitude, and owner-operator skin in the game, there's clearly a lot to like.

Why I'm not buying shares...yet

But while all of these signs are encouraging, I'm not quite ready to put my hard-earned cash into the company's stock. My real question is this: How strong is the company's moat, or sustainable competitive advantage?

Generally speaking, there are four forms a moat can take:

Eventbrite shows progress on several fronts. The company boasts that 95% of the "creators" that have registered to run an event through the site have signed up on their own thanks to word of mouth. No sales force was necessary. This speaks to the power of the company's brand.

At the same time, however, those 95% of self-signed creators accounted for just 54% of revenue when the company went public last year. That means that just 5% of the company's creators account for a whopping 46% of revenue. It took a sales force to recruit that 5%, and it makes me wonder how likely those events are to stick with Eventbrite for the long run if a bigger player came along -- think LiveNation or even Amazon -- and attempted to steal market share by offering a similar service cheaper.

To be clear, neither one of these companies is an imminent threat. Eventbrite is the only big player consolidating such a fragmented market. LiveNation is working on much bigger live event markets, while Amazon's focus has never strayed into the middle-market for such gatherings. That being said, success by Eventbrite could invite competition, and both LiveNation and Amazon -- whose mission is to be the earth's most customer-centric company -- could enter the fray if they thought they could unseat Eventbrite.

There are burgeoning network effects at play: As more events list on Eventbrite, people looking for local things to do will be drawn to the site. But it's unclear how much sales from the Eventbrite site -- as opposed to people visiting an event's site -- contribute to overall revenue. And there are undoubtedly high switching costs for those who don't have the time or money to shop for better offers. Most event creators, after all, want to focus on their event, not the logistics that go into running it.

The best insight we have regarding the company's moat comes from its retention rate. This takes the entire ticket fees generated by creators in year one, and compares ticket fees from the same cohort in year two. This factors out growth that comes from new creators joining the platform. In 2016, retention stood at 93%. It bumped up to 97% in 2017. And because the figure is only released annually, we have yet to see what 2018's measurement was.

Given that such a small number of events (5%) account for so much revenue (46%), I would like to see this figure trend above 100%. Of course, not all events will continue -- smaller ones in particular are prone to change. The cooking class you thought would take off but only garnered 10 attendees in a year might fold. But such instances should easily be outweighed by the heavy-hitting events.

Once I can get more insight into this trend -- especially if the company hits a retention rate of over 100%, showing that events will stick with Eventbrite after they've hit the limelight -- I will start to seriously consider adding it to my portfolio and my CAPS profile. Until then, I can't quite say the stock's a buy, and I'll be watching from the sidelines.