Editor's note: Due to an editing error, the headline of a previous version of this article misnamed HelloSign.

Dropbox (DBX 0.18%) recently bought e-signature and document-workflow specialist HelloSign for $230 million cash. Some analysts said the purchase price was on the high side, because only 18 months ago, the company had raised just $16 million in a round of financing. But because the acquisition should help catapult the document-storage leader's efforts to attract small, medium, and enterprise-level customers, it may end up being a bargain.

The e-signature space is competitive, with HelloSign going up against the likes of industry giants DocuSign and Adobe.But HelloSign has attracted over 80,000 paying customers worldwide, including Lyft, Instacart, and Samsung. They use its services to help onboard new employees and improve corporate document-sharing. 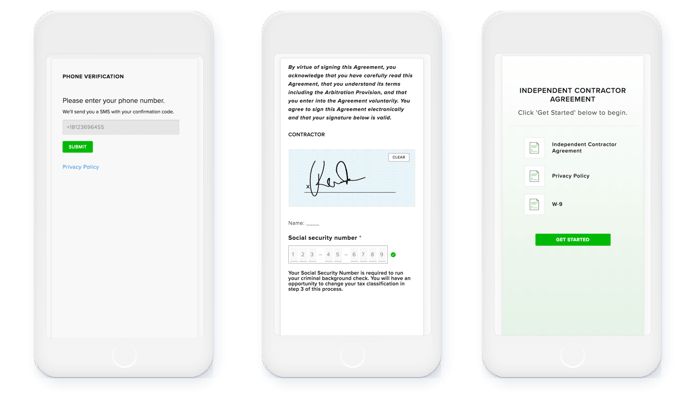 One of the advantages of HelloSign, however, is its willingness to create a white-label service to allow customers to integrate its product features under their own branding. One big-name company doing this is Oracle, with HelloSign's e-signature capabilities. And extensions to existing platforms like Alphabet's Gmail and Microsoft's OneDrive make its utility available to everyone. The public is also able to use HelloSign's "freemium" model to make up to three document transactions (signatures, or signature requests) per month for free; this has attracted millions of users.

While the e-signature business is useful for Dropbox in its efforts to attract more commercial customers, the acquisition cost alone wouldn't have been worth it if that was all HelloSign offered. HelloSign's workflow application, HelloWorks, is the real reason Dropbox saw it as an attractive purchase.

Online documentation has typically centered around the portable document format (PDF), a file format created by Adobe. But HelloSign is essentially trying to eliminate that by automatically syncing the data and e-signatures within a file to a company's back-end systems.

It does so by creating unique input forms that query a user initially, but ultimately minimizes the amount of manual data entry the user is required to perform. Enter data once, and HelloWorks populates that information throughout a document where needed on successive uses. HelloSign says this feature is especially useful on mobile devices, where interactive PDFs are a challenge.

Shortening the distance between employer and employee

Dropbox is counting on these capabilities to help it grow its commercial document business. Long popular with consumers looking for a place to store documents, photos, and more, Dropbox has set its sights on business for its next leg of growth. To do well, it needed a point of differentiation to separate it from a field crowded with Alphabet, Microsoft, Box, and EMC, all of which are also targeting enterprise-level customers.

Because the workforce in many companies is increasingly decentralized, and collaboration tools between workers and companies has not kept up, HelloSign could help Dropbox bring spreadout workers closer together. The e-signature business may pay for the acquisition cost alone, with the workflow segment being the strategic profit driver for the future.

Dropbox and HelloSign already have a shared history, as the latter was one of the companies involved in the launch of Dropbox's Extensions, which enabled the cloud storage service to offer tools that helped users work with other products. While e-signatures from HelloSign (and DocuSign and Adobe) were included, the tools were further extended to allow editing of video in Vimeo, images in Pixlr, PDFs in Smallpdf, and DWG files and drawings in AutoDesk's namesake app.

Physical signatures are still a requirement in many places, but e-signatures are becoming much more commonplace. Buying HelloSign will enable Dropbox to meet the growing demand while luring more businesses to its platform.

Adding more functionality to its service should help Dropbox grow revenue per user at the same time it converts more free users to paying ones. Dropbox is most readily recognized as a consumer application, causing it to be ignored as a viable business tool. The HelloSign acquisition will help resolve this issue and associate Dropbox more closely with the enterprise market.